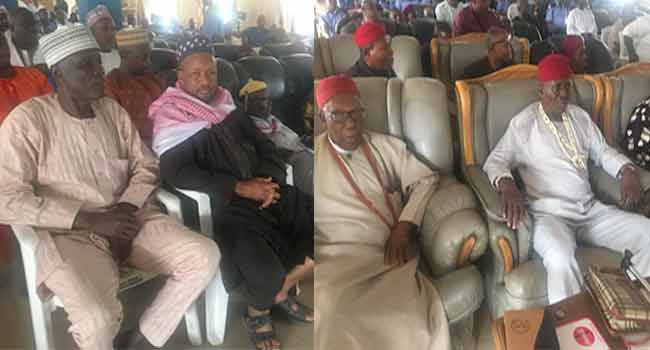 Proactive measures were on Monday taken by stakeholders in Imo State to tackle the crisis of farmers and herdsmen clashes.
Police
Commissioner in the state, Chris Ezike, on Monday, held a stakeholder
meeting with members of the Miyetti Allah, farmers, traditional rulers
and security operatives to maintain peaceful coexistence in their
various communities.
Ezike said the meeting was necessary even
though Imo State is not a flashpoint as regards the crisis between
farmers and herdsmen.
“There
is need to bring all stakeholders together to put measures in place to
prevent any eventuality that might result in the clash between farmers
and herdsmen,” he said.

The issues of the Fulani herdsmen and
farmers in various parts of the country have remained a major concern to
many due to the numerous attacks attributed to the herdsmen claiming
several lives and displacing many.
Stakeholders at the meeting agreed that ranching is the best way to address the incessant clashes between herdsmen and farmers.
The
Miyetti Allah leaders also agreed to cooperate with farmers, security
operatives and traditional rulers to ensure that no clash is recorded in
the state.
Ezike at the end of the meeting said the command will
continue to engage stakeholders and put all security apparatus in place
having in mind justice and fairness.