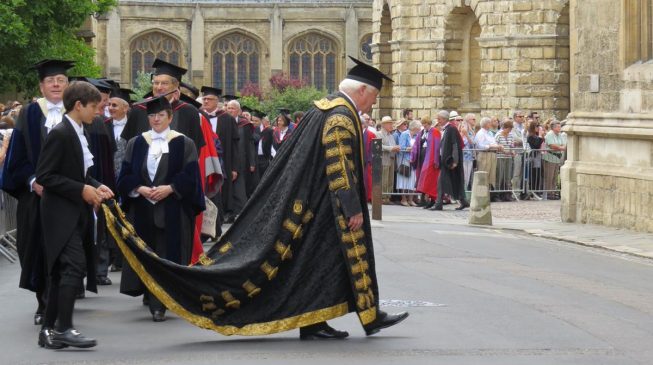 About 61 top universities in
the United Kingdom will be going on an industrial strike action for two
weeks over planned changes to staff pensions.
According
to BBC, University of Oxford, Cambridge University, Imperial College
London, University College London (UCL), University of Edinburgh,
Glasgow, Manchester and York are among the universities affected.
A
week ago, members of the University and College Union (UCU) voted in
favour of industrial action, with staff expressing fear about the
pension changes, which they say could cost an average lecturer £200,000
(N101 million) over the course of their retirement.
On Monday, the UCU confirmed plans to embark on the industrial action, except demands are met. Four Welsh Universities also confirmed plans to join the strike.
Of
the universities present, 61 voted overwhelmingly in favour of action,
with 88 percent in favour of strikes and 93 percent in favour of action
short of a strike.
The strikes are planned to begin on February
22, with a two-day walkout, and could escalate to blocks of up to five
days in future weeks.
BBC says staff are angry at plans to change
the Universities Superannuation Scheme (USS) from a defined benefit
scheme, where they would have a guaranteed income in retirement, to a
defined contribution scheme, where their pensions would be subject to
changes in the stock market.

Sally Hunt, the UCU general
secretary,  said: “UCU members have made it quite clear that they are
prepared to take sustained strike action to defend their pensions”.
“USS already offers worse benefits than other schemes available in universities, and UUK’s proposals would make matters worse.
“Universities
will be hit with levels of strike action not seen before on UK campuses
if a deal cannot be done over the future of USS pensions.”
Universities
UK, the body in charge of the pensions, however, argues that the
adjustment to the pension scheme “is a necessary step, made in the best
interests of university staff, to put USS on a sustainable footing for
the long-term”.
“The scheme will continue to offer attractive pensions through market-leading defined contribution benefits.”