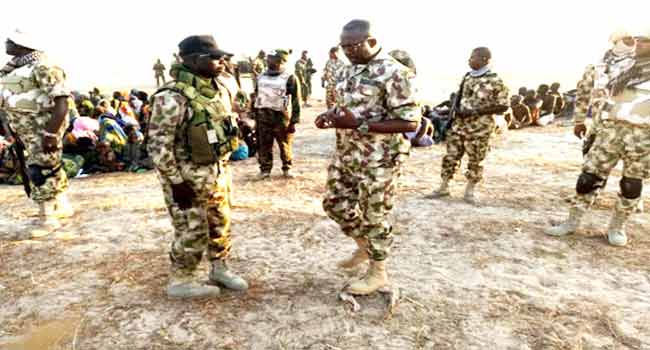 Troops of 707 Special Forces Brigade, Nigerian Army, have arrested two armed men identified as herdsmen.
This
was disclosed in a statement signed by the Assistant Director, Army
Public Relations of the 707 Special Forces Brigade, Olabisi Olalekan
Ayeni, on Thursday.
According to the statement, the troops sighted
a group of militia who were suspected to be “planning a dangerous
mission”, while on their routine patrol along Gbajimba – Iyiodeh road in
Guma LGA of Benue state on Tuesday.
On attempting to approach them, the armed men opened fire on the troops and engaged them in a gun battle.

The Special Forces, however, intensified their pursuit and succeeded in arresting two of them while the others fled in disarray.
The herdsmen have since been handed over to the police.