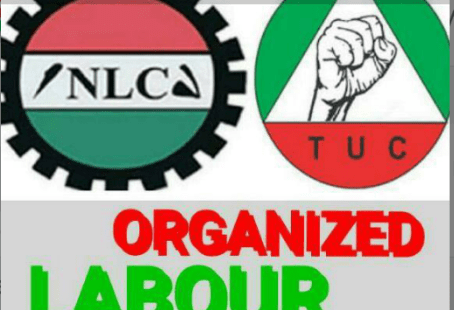 There are clear indications now that workers at the Federal level and Lagos State will begin collecting the N30, 000 Minimum Wage by December this year.

The Association of the Senior Civil Servants of Nigeria (ASCSN) Tuesday in Abeokuta at its National Executive Council (NEC) meeting confirmed that both the federal government and Lagos State workers will have a bumper salary in December.

This is even as it has warned that it would move to states in January to shut down the erring ones who fail to conclude the consequential negotiation by the December deadline issued by the two labour centres.

Recall that the Nigeria Labour Congress (NLC) and the Trade Union Congress (TUC) last month after the completion of the consequential adjustment at the federal level have charged the states to commence their negotiations and ensure that they wrapped it up by December.

The President of the union, Bobboi Bala Kaigama said the states that are yet to commence negotiations should take a clue from Kaduna state that has commenced payment even before the consequential adjustment was concluded at the federal level.

He said, “At the states level, we know the game they want to play and we are ready for them. Labour will take joint action against those states. The law of Minimum Wage is explicit, unlike before, now defaulting states can be prosecuted. This time around they have no escape route.”

Read Also: Ihedioha directs Imo AG to plan release of child prisoners
The ASCSN President said Kaduna state government has played safe because it’s paying more than what was negotiated at the federal in spite that it commenced payment early.

He however warned that by January, the union will start taking stock to get the defaulting states and take appropriate action against them.

On the payment of the consequential adjustment at the federal and Lagos State, the Secretary General of the Association, Bashir Alade Lawal said the union has it on good authority that workers would be paid in December.

He noted that the table which had delayed the payment finally came out last week Monday, but it was too late for the November salary.

“By the time they issued circular, the porter has already been closed, but now it has been prepared and definitely by December the consequential adjustment will be paid,” he said.

The Secretary General said the payment will also take care of all the arrears from April when it was signed into law by President Muhammadu Buhari.

He said, “For the federal civil servants and the Lagos State workers, it is going to be a bumper salary and we are happy about that.”

He maintained that the union would ensure that all the workers be it federal and the states enjoy the new wage.

“The Secretariat is ready to support all the state council and we will move in by January to shut down the states that fail to commence payment in December,” he affirmed.

Meanwhile the Ogun State Governor, Dapo Abiodun represented at the meeting by his Deputy, Noimot Salako-Oyedele promised that the consequential adjustment negotiation at the state would be seamless.

The state has explained that the delay in the negotiation at the state was due to the Treasury meeting which has just been concluded.

According to the state, the Treasury meeting was important to enable the state knows the state of its finances before moving to the negotiation table. (The Nation)