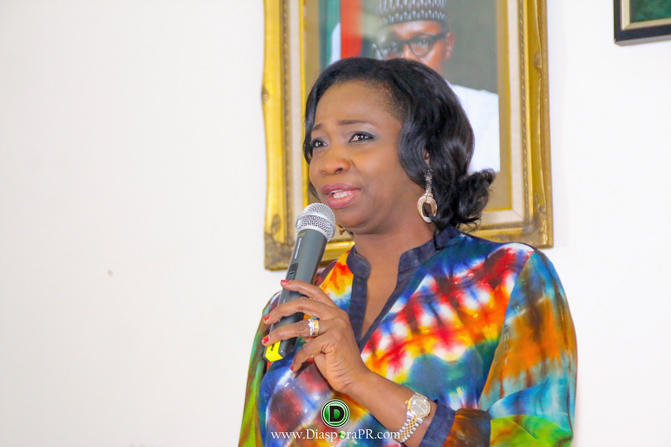 Dabiri-Erewa gave the commendation in a statement by NIDCOM Head of Media and Public Relations, Abdur-Rahman Balogun, on Friday in Abuja.

She said that the defeat of other contestants,especially from Arabic speaking countries in Saudi Arabia by Dr Rufa’i was legendary.

“With your winning this all important competition over other contestants in an Arab speaking country, is a thing of joy and pride to us in Nigeria.

“I congratulate you on this wonderful feat, for bringing honour and glory, not only to your family but to Nigeria as a whole. I say to you: “Baraka lahu feeh, Mabruk”.

“ I only hope and pray that your winning this competition has gone a long way in rewriting the negative narrative tag on Nigerians living in Saudi Arabia.

I have no doubt in my mind that your excellent performance during the competition is a shinning testimony that Nigerians always excell in whatever they do and it serves as inspiration to the youth of Nigeria.” Dabiri-Erewa stated.

Dabiri-Erewa noted with satisfaction that the duo of Dr Rufa’i and Anthony Joshua, who reclaimed his world heavyweight titles of IBF, WBO,WBF also in Saudi Arabia, have brought joy and glory to Nigeria in December.

It will be recalled that the competition was organised by the Islamic Development Bank, IsDB, as part of the activities marking the World Arabic Language Day celebration at the bank’s headquarters.

The United Nations had set aside December 18 every year as the World Arabic Language Day to create awareness for one of its official languages.

Dr. Rufa’i, whose classical poetry was adjudged the best among seven finalists, was presented the first prize by President of the Islamic Development Bank, Dr. Bandar Hajjar.

Two other African nationals, a Mauritanian and Sudanese, clinched the second and third positions respectively.

Aside Dr. Rufa’i who won the first prize, the other finalists that emerged from a rigorous selection process across multiple stages, were one Saudi, one Yemeni, one Egyptian, two Sudanese, and one Mauritanian.

The competition was supervised by a committee of experts set up by IsDB and which was headed by Prof. Ahmad Masluh, a renowned scholar of Arabic Language and Prosody.

A prodigious scholar and education consultant, Rufa’i was for many years a TV presenter and regular commentator on public affairs with special interest in international conflict resolution and education pedagogy.