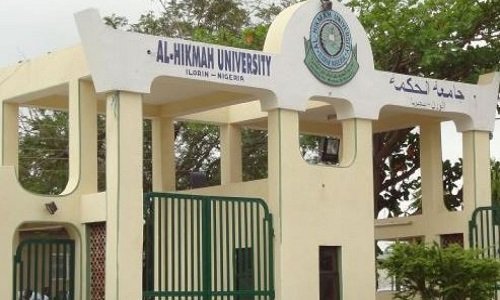 The management of Al-Hikmah University, Ilorin, Kwara state on Tuesday said it has begun drug test on its students.

The professor of Community Medicine said the aim is to fish out drug abusers amongst the students.

“After close monitoring and watching them, those ones that fail to quit will be shown the way out of Al-Hikmah.”

He said the institution will on Saturday graduate 896 students that had completed their courses of study in different fields, adding that 26 of them had first class honours degree.

He urged the Federal Government to invest five percent of the total revenue from oil and gas in agric-business in the institutions across the country.

According to him, government should take interest in developing the agriculture sector.

Prof. Ibrahim said additional “three percent of the revenue from oil and gas should also be invested in the education to make it more vibrant.

He explained that the agric-business should not be left in the hands of the private investors.

Ibrahim noted that adequate investments in agric-business would make the country join the league of world economies, noting that idea will reduce the theoretical acquisition of education.

He also appealed to the Federal Government to put private universities in the list of beneficiaries of Tetfund projects.