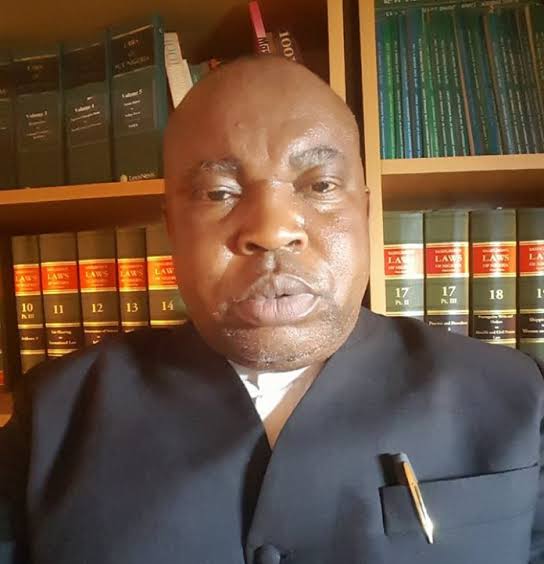 Tolu Babaleye, an Abuja based lawyer who secured the ticket to represent the People’s Democratic Party (PDP) in Akoko South East/South West Federal Constituency, Ondo State in 2014 has been awarded over five million naira in refund by an Abuja court.

The Court awarded Mr Babaleye the sum having picked up the PDP ticket in the build up to the 2015 general elections before former Governor Olusegun Mimiko took over the party following his defection to the party in 2014.

In a statement made available to newsmen in Abuja, the lawyer said his decision to pursue the case to a reasonable conclusion was to make a statement that impunity should not be condoned in the polity.

The full statement of Tolu Babaleye is captured below:

I WON A LAND MARK JUDGMENT AGAINST PDP!

…Nomination fees is refundable when an aspirant is not allowed to participate and contest in an election after paying for Expression of Interest and Nomination form…Justice A.I Kutigi of Abuja High Court in TOLU BABALEYE V PDP SUIT NO: CV/1678/15.

Recall that I bought PDP’s Expression of Interest and Nomination form for House of Representatives primary election in 2014 but the coming of former Gov. Mimiko to PDP changed the political equation as the former Governor high jacked the PDP structure in Ondo State with reckless abandon.

Due to the coming of Mimiko on board of PDP, I and many others from Ondo State were denied the opportunity to contest. I was particularly denied to participate as the primary was shifted from Okado town hall in Akoko South West to the house of Hon. Debo Ologunagba who according to them is their sole candidate and I was prevented from entering the venue which of course is a personal house of the then PDP candidate.

As a Human Right Activist, I felt that it is a violation of my rights and I decided to fight the injustice with all venom remaining in me and my last drop of blood if necessary. I wrote a Letter to PDP explaining what happened and demanded that my 2.5 Million Naira be refunded to me since I was not allowed to contest the election I paid for. The Peoples Democratic Party in their usual arbitrary way of doing things refused to reply my letter and my money as demanded as I was ignored.

As a Lawyer who has been fighting for others, I took it upon myself and I discussed with my colleagues in Chambers that I will sue PDP and use the case to make statement that impunity cannot continue forever especially when it is challenged. Some of my colleagues disagreed with me in office that I cannot get justice since it is stated in the receipt that the money I paid was non-refundable. I disagreed with them and argued that it will only become non refundable if I am allowed to participate in the process whether passed or failed in the end.

I called some of my colleagues that bought same form to join me in the struggle but they believed it would be a waste of time and more money and saved my suggestion aside. I therefore decided to go solo.

Today the 29th day of January, 2020, I, Tolu Babaleye Esq with the help of God and Victoria Francis-Echobu, one of the Lawyers in my office then (but now on her own) led me in evidence, I got a Landmark judgement against PDP.

The Court presided over by Justice Kutigi of Gwagwalada High Court in a judgment that lasted for about 3 hours found in my favour and gave the following orders.

1. That the 2.5 Million Naira I paid to PDP as Expression of interest and Nomination fees for House of Representatives primary for Akoko South East/South West Federal Constituency, Ondo State in 2014 should be refunded to me being money heard and received from me without allowing me to participate in the electoral process.

2. 20% interest on that 2.5 Million Naira from the day the suit was filed till when judgment is delivered to be paid to me.

3. 10% interest on that 2.5 Million Naira from today till the judgment sum is liquidated to be paid to me.

I wish to thank God for using me to prove that impunity cannot go un-redressed and no matter how long, Daniel will come to justice. It took me 5 years to get to the end of this matter but I thank God that I pursued same to a logical conclusion and got vindicated. I have proved all doubting Thomases wrong and make a Statement that impunity cannot reign forever in Nigeria.

This judgment shall serve as a lesson to our Political Parties that they cannot always go away with impunity. I thank the judiciary for remaining as the beacon of hope and still standing tall as the last hope of the common man.

To God be all the glory.