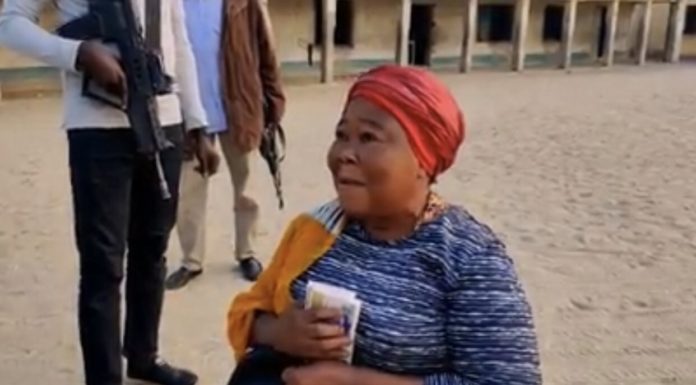 A level 12 class teacher, Obiagelli Mazi, who was encountered by Borno governor, Babagana Zulum, at 6:30 am on Friday, has been promoted to an assistant headmistress.

The executive chairman, Borno State Universal Education Board, SUBEB, Shettima Kullima, conveyed the promotion on Saturday after his recommendation was approved by Mr Zulum.

Mr Zulum had during an outing 6:30 am on Friday to assess public institutions, encountered Mrs Mazi already at school, waiting for her pupils.

The teacher, who hails from Abia state has been teaching for 31 years.

“In addition, Governor Zulum directed executive chairman of Borno State Universal Education Board to review the woman’s civil service position, her qualification (which happens to be NCE) and recommend her promotion,” said a statement by Mr Zulum’s spokesman, Isa Gusau.

“He said even though the woman was not a graduate, her 31 years teaching experience and commitment coupled with an executive order by the governor have earned her the promotion.”