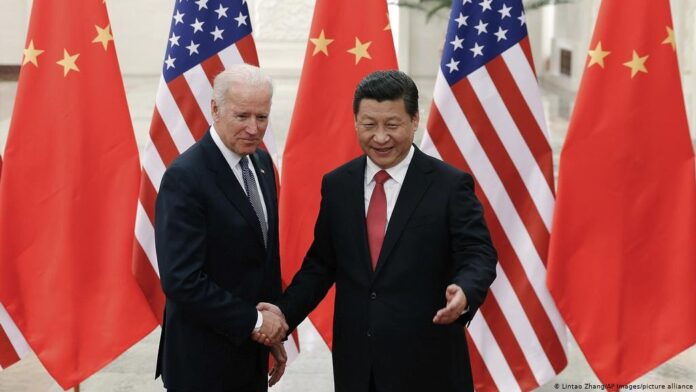 Beijing has finally broke its silence on the US election, more than one week after millions of Americans cast their ballots.

China on Friday congratulated US President-elect Joe Biden on his victory against incumbent Donald Trump, more than a week after Americans cast their ballots.

Trump has so far refused to concede defeat, but numerous world leaders, including German Chancellor Angela Merkel, have already called Biden to congraulate him on his win.

Beijing finally broke its silence during a press conference held by its foreign ministry.

“We respect the choice of the American people. We express our congratulations to Mr Biden and Ms Harris,” said foreign ministry spokesman Wang Wenbin at a press briefing, referring to incoming vice president Kamala Harris.

Wang said China understands “the result of the US election will be determined in accordance with US laws and procedures,”

The leaders of Russia, Brazil and Mexico are still holding back, saying they are waiting for the votes to be confirmed by the US Electoral College next month.

“We believe it’s correct to wait for the official results of the elections to be announced,” Kremlin spokesman Dmitry Peskov said on Monday.

Russian President Vladimir Putin congratulated Donald Trump immediately after he was declared the winner based on US media projections in 2016.