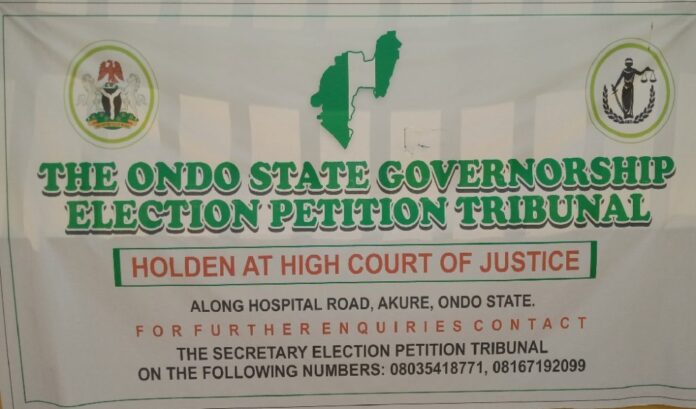 The political parties affected by the tribunal’s decision are All People’s Party (APP) and Action Alliance (AA).

The tribunal subsequently awarded N100,000 cost against the petitioners in favor of each set of respondents .

With this development, the only petition that will be entertained by the tribunal is the one filed by PDP’s candidate, Eyitayo Jegede against the victory of Governor Akeredolu.