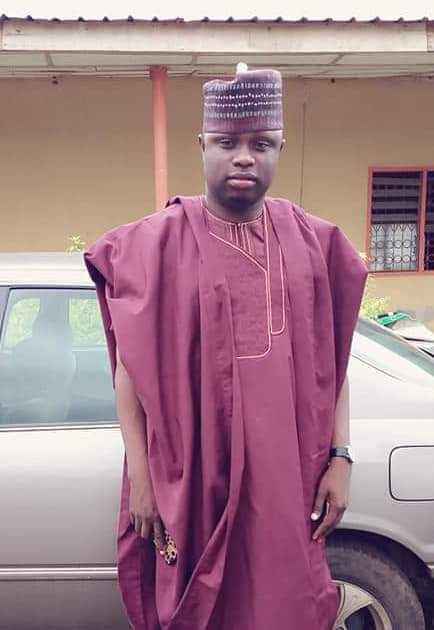 Adegbite, a seasoned journalist and popular blogger in Ondo state, has record of breaking tough news through his media organisation, Radio Nigeria Positive 102.5 FM Akure and his social media platforms.

As the Chronicle Magazine, a private independent news medium in Ondo State is set to hold her Anniversary Lecture and Award Ceremony; a day set aside to celebrate and honour individuals who have not only excelled in their chosen careers, but have made tremendous impact and contributions in the society at large.

The 8th Anniversary of the Chronicle Magazine, with the theme ”Security Challenges and it’s implication on Agricultural Revolution in Nigeria; Fundamental cause and panacea” will have the Governor of Ondo State, Arakunrin Oluwarotimi Akeredolu SAN, as Special Guest of Honour even as Chief Ifedayo Adedipe SAN will grace the event as the Chairman of the occasion.

The event is set to hold on Sunday, 15th of August 2021 at the Sunbeth Hotel, Sijuwade, Akure.

Leke’s versatility in journalism profession has earned him many honours and awards.

Adeleke, an Alumnus of the Federal Polytechnic, Bida in Niger State; Adekunle Ajasin University, Akungba-Akoko and University of Ibadan, had attended many professional courses, seminars and training workshops including Basic Journalism Course at FRCN Training School (now National Broadcasting Academy, Lagos) to boost his journalism expertise, while his profession has taken him to 33 out of 36 States in the country and the FCT.

Adeleke has covered virtually all sectors of human endeavours especially in Ondo state.

As an outstanding Journalist and Blogger, Leke Adegbite has records of breaking, investigating and reporting many news stories/reports considered no go area by some, while his journalism experience cut across coverage and assigned as the Radio Nigeria Correspondent at the Ondo State Government House, Ondo State House of Assembly, Judicial Reporter at all Ondo state Election Petition Tribunals since 2007 till 2021.

Adeleke was elected the General Secretary of Nigeria Union of Journalists, NUJ, Ondo State Council in October, 2014 and still holding the position till date after he won his second term election unopposed, while he is also a two term Financial Secretary of the Ondo State Public Service Joint Negotiating Council (JNC) from 2017 till date.

As a Muslim, Adeleke Sikiru Adegbite is the pioneer Vice Chairman of the Muslim Media Practitioners of Nigeria, MMPN, Ondo State Branch (from 2015 — till date) as well as the Publicity Secretary/PRO, NASFAT Akure Branch 2010 to 2017 and reappointed in 2020 till date)

Adeleke is a member of some professional bodies including NUJ,  Online Media Professionals of Nigeria; Fellow of the Society for Peace Studies and Practice (SPSP) and Alumnus of International Press Centre (IPC).

Meanwhile during the Chronicles Magazine Award ceremony, Other distinguished personalities to be honoured are Hon Gboluga Ikengboju, Member representing Okitipupa/Irele federal Constituency as Outstanding Man of the Year, Leke Adegbite, the Ondo State NUJ Secretary will be honoured with the Outstanding Journalist of the Year, Honourable Olajide Olutuyi for Phenomenal Leadership Award, Mr Olusola Alabi for the Ondo State Ambassador Award, Rev (Mrs) Ayo Adeyemo, General Manager, Ondo State Waste Management Board will bag the Meritorious Service Award, Pastor Ralph Obolanle for Pillar of Youth Development while PJOE Media will bag the Outstanding Media Outfit of the Year Award and Olumide Olaigbe, the zonal forest officer Akure 1, Ministry of Natural Resources will be awarded as the Youth Ambassador.

The only Female Lawmaker representing Ilaje Constituency 2 in the Ondo State 9th Assembly, Hon Favour Tomomewo, and nine other prominent personalities will be decorated with different categories of Awards.

Favour Tomomewo, representing Ilaje Constituency 2 in the House of Assembly will be decorated by the Chronicle Magazine as the Legislator of the Year, due to her pedigree and vocal presence in the legislative arm of Government in the State.