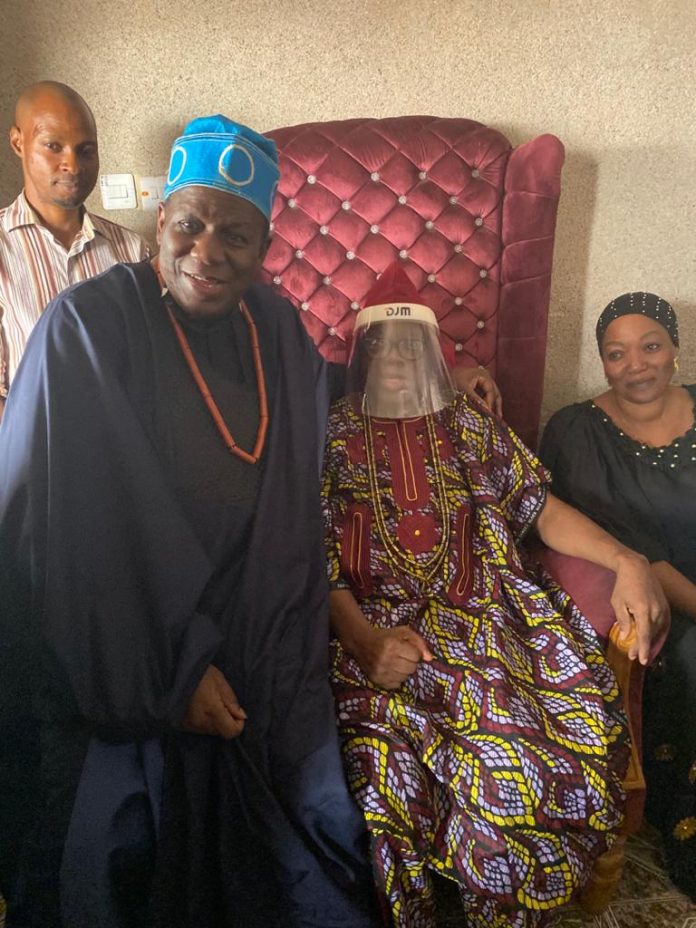 The Osi Basorun of Ibadanland and World reknown international cardiovascular surgeon, Chief Dr Azeez Popoola Adeduntan has advised his brother from Oja Oba, IBADAN LAND, Governor, Engr Seyi Makinde not to allow politics to creep into the selection of the next Olubadan of Ibadan land for which the tradition is iron cast, peaceful and orderly since the foundation by LAGELU close to two hundred years ago.

Chief Dr. Adeduntan who was installed Osi Basorun of Ibadanland on Saturday November 23, 2019 by the late Olubadan of Ibadanland, while reacting to some comments surrounding the succession of the late Olubadan, including a legal letter, cautioned Governor Seyi Makinde to adhere to the laid down tradition and rules guiding the Olubadan stool.

Chief (Dr). Azeez Popoola Adeduntan
Osi Basorun Ibadan and 2023 Oyo Governorship Hopeful, Adeduntan who is also the President, Adeduntan CardioVascular & Diagnostic Centre (ACDC) Ibadan in the letter described Ibadan Chieftaincy succession “as the most decent, crisis free and enviable of all, in modern Yorubaland” and admonished Governor Makinde to also follow the rules.

According to him “that scenario of not following the tradition by denying BALOGUN – the Otun Olubadan of Ibadan land, his rightful ascension to the throne of our forefathers, is unthinkable, for any true IBADAN MAN, regardless of his current position, judicial traps and dogs eat dogs concepts of politics in IBADAN and Oyo State.

That chieftaincy coup detat, will fail woefully and result in unmitigated disasters and unparalleled bloodshed – God forbid, for the planners and Ibadanland.

All warring parties must be given soft landing and unhurried decision regardless of the judicial traps that have confused the usually non rancorous selection process for ages. so that there will be no victor or vanquished.

Since you claim “not to have a god father”
May almighty GOD – “the father” properly guide you. IBADAN ONI BAJE oooooo.