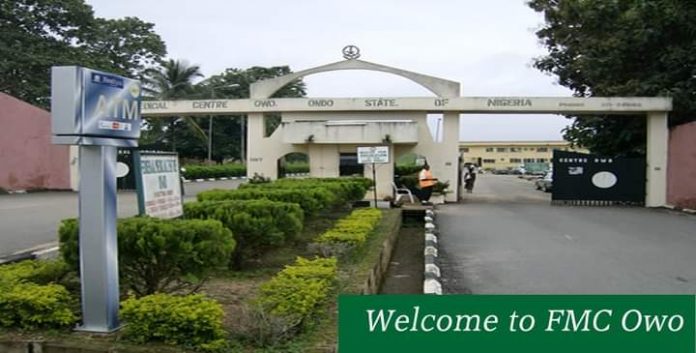 It has come to our knowledge that some few and very infinitesimal individuals are aggrieved on the re–appointment of Dr. Liasu Adeagbo Ahmed as the Medical Director of the hospital.

It is important to state from the onset that the so called aggrieved staffers are group of power hungry political lords that are masquerading as health workers. Apart from the fact that they constitute a microcosm part of the hospital population, majority of them belief that it is their birth right to be the Medical Director of the hospital.

Most of the members of the “political health workers” have constituted themselves to venomous cabal and they have been terrorizing the hospital milieu for years. They were the same set of people that brought the hospital to her knees and ensure the flight of peaceful co–existence at the foremost health institution some years ago. The ugly development led to the appointment of an Interim Administrator in 2015. The process of restoring peace which was conceived by the Interim Administrator was successfully midwifed by Dr. L. A. Ahmed, as an Acting Medical Director, who took the baton of leadership of the hospital from the Interim Administrator.

As a man that knows his onions, his superlative performance at the interview coupled with his outstanding performance as the Acting Medical Director ultimately landed him with the job of the substantive Medical Director of the hospital. His appointment, contrary to the position of his detractors, was greeted with spontaneous joy and celebration by staffers and non–staffers alike.

All along, Dr. L. A. Ahmed has been able to justify his meritorious appointment as the Medical Director of the hospital. Apart from his ability to stabilize the coast and preserve the peaceful milieu that was sired during his tenure as Acting Medical Director; he has been able to turn the hospital around in all ramifications. Under the leadership of the Medical Director, staff morale is boosted and patient care is given first class attention through provision of modern health care gadgets and needed drugs. The one time almost wrecked health centre by the “political doctors” is now operating at full throttle to the admiration of all and sundry.

It is on the basis of the foregoing that the news of the re–appointment of Dr. Liasu Adeagbo Ahmed by the President of Federal Republic of Nigeria on 1st February 2022 was greeted with jubilation and fanfare by the hospital staffers and members of the public. It was indeed a worthwhile appointment in all ramifications.

The United Health Workers, being the only association of staffers of the hospital that consist of different categories of hospital professionals, hereby attest to the suitability of Dr. Liasu Adeagbo Ahmed as the Medical Director of the hospital. We assert that his re–appointment for a second term was well deserved and meritorious. We salute Mr. President for the appointment and we posit that no law or regulation was breached in the re–appointment process of Dr. Ahmed.

We therefore pledge our total loyalty, cooperation and supports for the hospital administration and to the Federal Republic of Nigeria.

We urge the hospital Board of Management, and the Parent Ministry (Federal Ministry of Health) to discountenance with the protests of the “political heath workers” especially the “political doctors” who are masquerading under their professional associations to cast aspersion on appointment process that was appropriately endorsed by the President and Commander–in–Chief of the Federal Republic of Nigeria.

The so call aggrieved individuals have no reason to be aggrieved other than selfish and egoistic reasons. They are political lords who believe that it is their birthright to either be Medical Director or serve as kingmakers in the appointment of a Medical Director. They are mainly loafers who cherish the abandonment of hard work to petty office politics. In the process, they usually left patients to bear the brunt.

The authorities should call them to order and sound it to their consciousness that on no account will the rest of the hospital workers fold their hands while they are out to cause another round of crisis in the hospital. We are ready to work and work very hard. As much as possible, we would not want to be distracted by the inanities of the loafers!