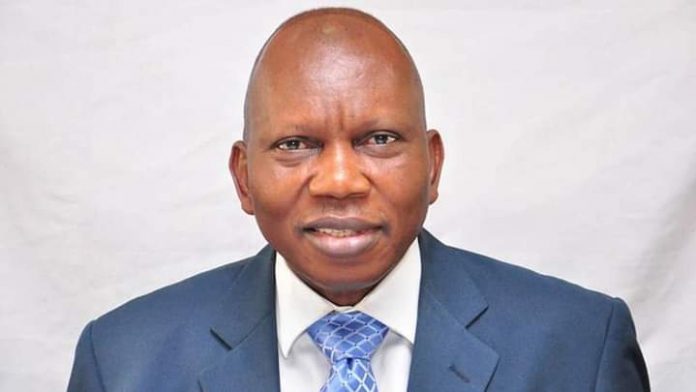 The Federal University of Technology Akure, FUTA has received the news of the demise of its immediate past Vice Chancellor, Professor Adebiyi Gregory Daramola with shock and sadness.

Professor Daramola who served as FUTA’s Sixth Substantive Vice Chancellor between May 2012 and May 2017 died on Friday March 25 in the course of an illness.

The death is shocking and painful not just because of its suddenness but also because by the death FUTA has lost one of the builders of and contributors to the growth and development of our institution and Nigeria has lost an erudite scholar of international standing.

Professor Daramola served FUTA creditably well in various capacities. During his tenure as Vice Chancellor he consolidated on the gains of his predecessors and charted new frontiers of development particularly in the areas of rebranding, internationalization and renewal of critical infrastructure.

He succeeded in “Taking FUTA to the Market Place” as he canvassed in his agenda for development of the University, prior to and after taking office as Vice Chancellor.

He started his career in FUTA in 1986 serving in various positions thereafter. He was appointed Professor of Agricultural Economics on October 1, 1999.

During his lifetime Professor Daramola undertook many diverse engagements for many national and international organizations. and also served as Chairman, Committee of Vice Chancellors (CVC) and Association of Vice Chancellor of Nigerian Universities (AVCNU), two positions he held concurrently between 2015 and 2017.

Our thoughts and prayers are with members of his family at this very difficult time.

We also enjoin them to take solace in the rich and laudable legacies of sterling services to the academic world and humanity that the departed erudite professor left behind.

We pray that God will give them and the entire university community the fortitude to bear this irreparable loss.