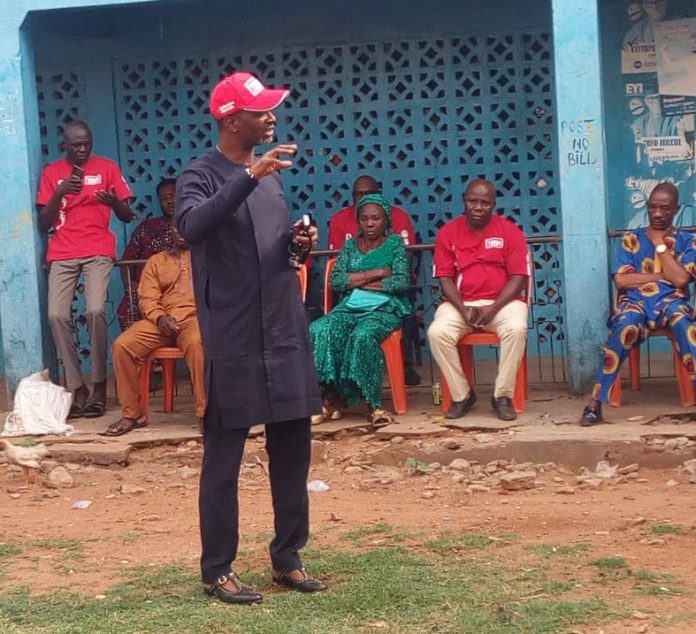 It was an emotional homecoming on Saturday 19th of March, 2022 for Akogun Adetokunbo Modupe when his team visited Ose Local Government as part of his consultation tour of local government areas of Ondo North Senatorial District, to seek the blessings of party leaders in his quest for the ticket of the party at the 2023 Elections.

At the consultation, the Chairman of the party in the local government, Elder Kole Aborowa said having been part of the team that has visited other local governments with Akogun Adetokunbo Modupe, he was amazed at the level of acceptability of their son across all the local government in Akoko areas of the District, hence, appealed to leaders of the party to simply endorsed him to represent the good people of the Senatorial District.

Moving the motion for his adoption, Mr Olumide Saporu, a former Board Member of Ondo State Waste Management Authority said beyond the adoption, the Leaders have resolved to return the funds meant for logistics for the meeting which was sent ahead as a token of their appreciation of Akogun’s uncommon leadership to the party in the local government.

Seconding the motion, Hon Ilepe Johnson, a former Chairman of Ose Local Government said practically everybody seated in the meeting has benefitted hugely from the benevolence of Akogun before and now.

He said when Akogun Modupe lost the 2018 ticket, as loyal party man, directed all Leaders to work for the victory of the party in the local government by committing his resources to that course, despite his loss of the ticket.

In a voice vote, and affirmatively, the Leaders adopted Akogun Adetokunbo Modupe as the sole aspirants for the ticket of the party.

In his response, Akogun Modupe who could not hide his emotion was startled at the show of love from his people.

He therefore assured them to continue to do his best as a loyal and committed party man at all times.