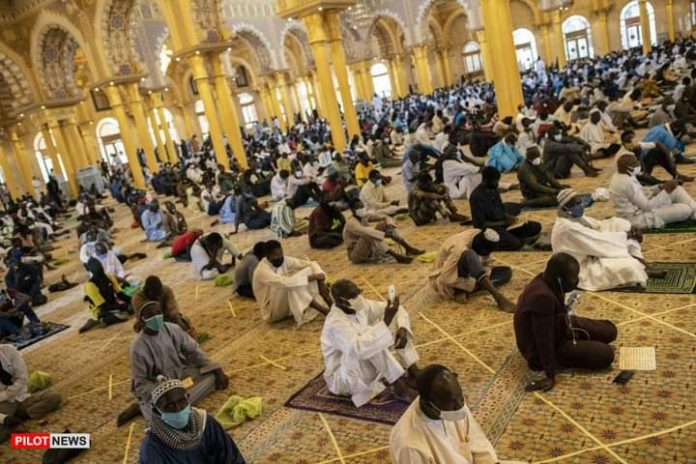 Shawwal, the 10th month of the Islamic calendar is the next month to Ramadan, and the first day is observed as day of eid (celebration).

Arc. Zubairu Haruna Usman-Ugwu, Director of Administration, NSCIA, in a statement at the weekend observed that, if the crescent is sighted by Muslims of impeccable character, then, His Eminence, the Sultan of Sokoto would declare Sunday, May 1st 2022, as the 1st of Shawwal and the day of ‘Idul Fitr.

However, if the crescent is not sighted that day, then Monday, May 2nd 2022, automatically becomes the day of ‘Idul Fitr.

“In addition to the established and traditional Islamic leaders in each locality, members of the National Moon Sighting Committee (NMSC) can be contacted to report credible and positive sighting of the Crescent of Shawwal 1443 AH (see details on www.nscia.com.ng/nmsc).”

Meanwhile, the NSCIA has also reacted to some contemporary issues affecting the Muslim community in Nigeria. The Council seizes the opportunity of ‘Id to:

“express its serious concern about the skyrocketing prices of food and consumables in the country and appeal to the government to stem the tide of inflation while urging traders too to desist from the habit of arbitrarily increasing the price of food items;

“appeal to politicians to consider politics as a service to the Nation, which should not be pursued as a do-or-die affair. Nigerians should freely choose their leaders on the basis of those who will lead them with justice, fairness and character in line of our usual prayer, “O Allah, make the best of us our leaders, and don’t make the worst of us our leaders. Don’t make us, on account of our sins, be under those who will neither fear you nor be compassionate to us”;

“urge Muslims to exercise their rights to contest for elective positions and also participate actively in the electoral process by not only obtaining their Permanent Voters Cards, which is still ongoing, but also casting their votes on the days of elections. The Council insists that it is a religious duty for every Muslim to obtain his/her voter’s card;

“welcome the policy of the Nigeria Police Force to allow female personnel to use head covering just as it is done in other civilised countries of the world, including the United States, Britain and Canada. Other military, paramilitary and security agencies are also urged to toe the line because that is the right way to go to promote inclusivity and civility in service;

“express serious concern about the persecution of Muslims particularly in Bauchi and many Southern states, including Rivers State University, where up till now, Muslim students are denied of a befitting place of worship on campus. The donation collected for the mosque project is still being warehoused by the Council for over a decade;

“condemn the killing of a Muslim in Ijagbo and the vicious attacks perpetrated on peaceful demonstrators on 3rd February, 2022 while exercising their constitutionally guaranteed right to peaceful protest over the decision of Oyun Baptist High School, Ijagbo, to deny some Muslim students entry to the school premises on account of their use of hijab. Muslims call for the prosecution of Christian leaders who were involved in the murder and violence;

“urge Muslims to continue to exercise patience and restraint in the interest of peace and national development, in spite of the ceaseless provocations received from those who ought to be their partners in faith. Muslims should always remember that, “Allah is with the patient ones” (Q Al-Anfal, 8: 46) and that the Prophet Muhammad (SAW) said that, “patience is light”;

“appeal to ASUU and the Federal Government to find an amicable solution to the ongoing impasse/ strike and not allow some unscrupulous individuals to mobilise students in the name of protests to destabilise the country;

“call on security agencies to up their game and forcefully address the dangerous security situation in the country;

“advise all Muslims to pray fervently to the Almighty Allah, especially during the concluding part of Ramadan, for peace, security and wellbeing of Nigeria and Nigerians.

“While wishing all and sundry happy holidays, the Council hereby enjoins Muslims all over the Country to be on the lookout for the announcement to be made by His Eminence, the President-General of NSCIA on the night of Saturday 30th of April, 2022.”