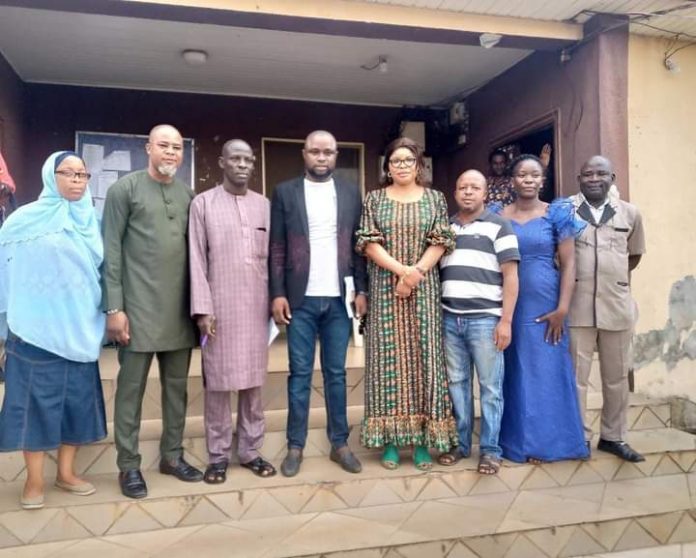 The Deji of Akure Kingdom and the Chairman of Ondo State Council of Obas, Oba (Dr.) Aladetoyinbo Ogunlade Aladelusi, Odundun II wishes to congratulate the newly inaugurated Executives of the Ondo State Chapter of the Nigerian Union of Journalists under the leadership of Prince Leke Adegbite

2. His Majesty describes the new Executives as a thorough breed, tested and trusted hands in journalism who have distinguished themselves as one of the finest in the media world

3. Oba Aladetoyinbo urges the new Executives to raise the standard of journalism practice in the state and ensure that it wields out and purge itself of all quack journalists who could drag the name of the noble Association in the mud.

4. His Majesty seeks more cordial relationship between the journalists and the traditional institutions in promoting our cultural heritage and the Monarchy.

5. Above all, His Majesty charges journalists across the country to ensure that they continue their noble role of a watch dog and the voice of the masses even as we approach the seemingly tensed atmosphere in the build up to the 2023 election.

6. Oba Aladetoyinbo wishes the new Executives well as they steer the affairs of the council.

In a statement signed by the NOA State Director and made available to newsmen in Akure, Mrs Adelayo Adefolalu said the emergence of the new exco is as a result of hardwork, diligence and total commitment to the advancement of Ondo NUJ council which has spanned for over a decade.She therefore urged the newly elected Exco to remain focused and steadfast in maintaining professionalism in the discharge of their duties.

Furthermore, she admonised the leadership to live up to the expectations and yearnings of the general public by being truthful, fair and shunning fake news in their daily reportage.

Mrs. Adefolalu Adelayo while wishing the NUJ leadership a successful stay in office, solicits for the support of the union to the NOA Mandate of communicating Government policies, programmes and activities to the populace .