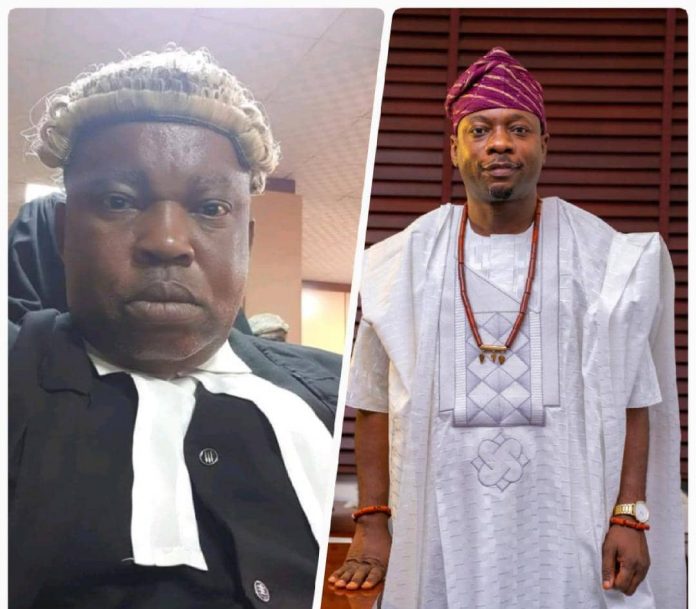 The attention of the Ajipe campaign organisation has been drawn to a sinister plan by the Senator Ajayi Boroffice camp to attack the Director General (DG) of our organisation, Barr. Tolu Babaleye.

Chief Segun Ajiboye, Director of Media, Ajipe campaign organization made the allegation in a statement at the weekend.

Ajiboye said, “Information at our disposal has it that the plan to attack Babaleye was taken at a secret meeting by the group hit squad following a radio interview by Barr. Babalaye on Adaba 88.9fm, Akure.

“We wish to draw the attention of the general public and particularly, the security agencies to this sinister plot against our DG.

“However, we will like to advice the Senator Ajayi Boroffice camp to eschew violence and concentrate its energies on finding answers to all the salient issues raised by Barr. Tolu Babaleye and several other good people of Ondo North Senatorial District.

“Let it be known that Babaleye is just one voice among the several thousands of voices of distressed people of Ondo North Senatorial District saying enough to 12 years of waste. No amount of intimidation and threats can suppress the will of the people.

“We are not unaware of the primary responsibility of a lawmaker. But we are also aware that a lawmaker would work based on the needs of his constituency and constituents. These responsibilities, Senator Boroffice has failed the people in this regard.

“The people want bills that will have direct impacts on their daily lives and transform the economy of the Ondo North Senatorial District.

“All the federal roads in the district have become death traps. The people of Owo to Ose, Ikare and other Akoko towns have become easy targets for marauding kidnappers because of the bad shapes of the roads. If a senator is not able to influence repair work on federal roads in his constituency, such senator has no moral right to seek another term.

“The hitherto enonomic hub of the district, Ikare Akoko is now a shadow of its old self. In recent history, Ikare was a haven of great traders. Ikare and it’s environ had a paper industry owned by Apostle Oladunni, Motor Vehicle Garage and a Tomato factory owned by Adura Bros. What about the Alejolowo higher purchase company?

“These glorious days can come back if the highest political office holder in the district can use organs of government to attract private business organisations and government organs to transform the district.

“These and other questions are what the people of Ondo North Senatorial District demand of their senator.

“We therefore advice Senator Boroffice and his camp to desist from campaign of calumny, violence and bring out their facts about their achievements in the last 11 years.”