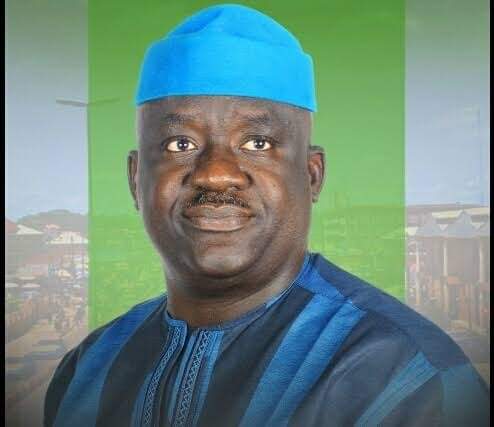 Dr Olusegun Mimiko, former governor of Ondo state, has felicitated with Prince Ademola Adegoroye on his nomination as a minister of the federal republic of Nigeria.

Mimiko, in a statement by John Paul Akinduro, his Special Assistant on Media and Digital Communications described the Ondo state politician “as a fine gentleman who is eminently qualified to serve as a minister”.

According to him, “Demola has indeed paid his dues as a leader of men and responsible politician and he’s undoubtedly qualified for higher office as he has been pencilled down for.”

The former governor expressed optimism that Adegoroye will perform well at the national level as a federal minister.

Similarly, the Deji and the Paramount Ruler of Akure Kingdom, Oba (Dr.) Aladetoyinbo Ogunlade Aladelusi has hailed the nomination of an Akure Born Prince, Hon. (Barr.) Ademola Adegoroye as a Minister by President Muhammadu Buhari.

“Considering the fact that Hon. (Barr.) Ademola Adegoroye is a tested and trusted Patriotic and detribalized Nigerian with humility, diligent, committed, intelligent, industrious and innovative which is the hallmark of an Ondo State Citizen, Oba Aladetoyinbo strongly believe that Hon. (Barr.) Ademola Adegoroye is indeed a round peg in a round hole who has distinguished himself on every sides and will add value to the government of President Muhammadu Buhari.

“It gladdens the heart of our people that Mr. President kept the promise he made to the good people of Ondo State and Akure in particular through this noble and worthy nomination. The entire Akure and Ondo State people really appreciate him for this.

“His Majesty equally appreciate Mr. Governor, Arakunrin Oluwarotimi Odunayo Akeredolu SAN for his support and prominent role in this nomination, the Akure people are indeed grateful.

“His Majesty wishes to congratulate the Minister – Nominee and urge him to distinguish himself as a true ambassador of our dear sunshine State while awaiting a successful clearance by the Senate.”

In a related development, the Chief Imam of Akure, Abdulhakeem Yayi Akorede, has described the appointment of Ademola Adegoroye as a round peg in a round hole.

Chief Imam Akorede, in a statement personally signed and available to Journalists in Akure, added that Adegoroye is a responsible Politician as displayed when he was a member of Ondo State House of Assembly between 1999 and 2003.

The Chief Imam thanked Mr. President for appointing a Grassroots Politician like Adegoroye who is very close to his people, and expressed optimism that the former lawmaker will perform well as a minister of Federal republic of Nigeria.