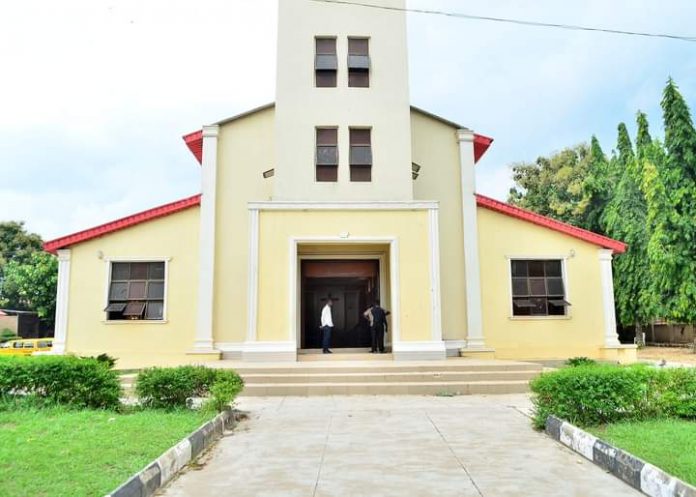 The candidate of the Peoples Democratic Party (PDP) for the Ondo North Senatorial District in 2023 general elections, Akogun Adetokunbo Modupe on Thursday 9th of June 2022 paid a visit to the Olowo of Owo Kingdom, Oba (Dr) Ajibade Ogunoye III to commiserate with him on the tragic attack on St Francis Catholic church, Owo on Sunday, 5th of June 2022.

Expressing his condolences to the people of Owo kingdom at the palace of Olowo of Owo, Akogun said the unprovoked and satanic attack in Owo violates the peace of the kingdom and it is condemnable in the strongest terms. He said, “it is saddening that such a heinous crime against humanity could happen in Owo.”

Furthermore, he said “as a people, we cannot be conquered by terrorists on our land, and we must join hands with the Olowo to collectively ensure that such incident do not reoccur again.”

Responding, Oba (Dr) Ajibade Ogunoye III commended Akogun Modupe for his visit after he has spoken to him on phone to expressed his deepest sympathy.

Oba Ogunoye said with the assurances from the government, especially at the federal level, perpetrators of the dastardly act will face the consequences of their action. He assured that the people have resolved not to allow such occurrence in the land ever again.

Akogun Modupe also visited the scene of the incident at the St Francis Catholic Church where he met with the Parish Priest, Rev Father Vincent Nnamdi to condole him and other parishioners on the sad event.

Akogun had on Sunday shortly after the attack issued a press statement signed by his Head of Media and Public Communications to condemn the attack, and appeared on Arise TV on Monday the following day to discuss the sad development.