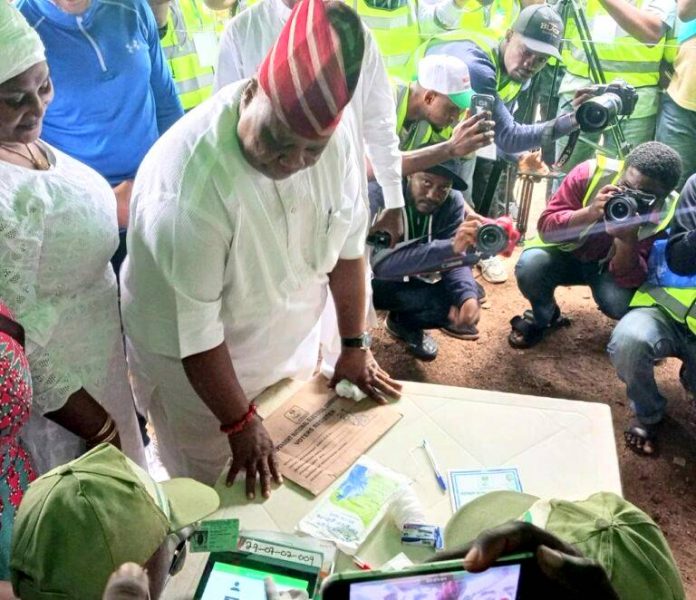 … The victory is a sign of things to come.

PDP’s congratulatory message is contained in a statement by Kennedy Ikantu Peretei, its State Publicity Secretary.

It was a victory for the people of Osun State, who demonstrated unequalled resilience, doggedness, commitment and determination to consign All Progressives Congress (APC) and its lack lustre Candidate, Oyetola to the dustbin of history.

Our party congratulates the National Chairman, Senator Iyorchia Ayu and members of National Working Committee of our great PDP, Osun State National Campaign Council under the Chairmanship of H.E Douye Diri, and all other stakeholders who contributed to this hard won victory in Osun State.

There is no doubt that, Nigerians will continue to reject the APC and its candidates for foisting and presiding over unimaginable hunger and frustration in our country.

The outcome of the Osun State Gubernatorial election is the dress rehearsal for the 2023 general elections. It is the sign and confirmation of a new dawn where bullion van politics will no longer hold sway.

Once again, we congratulate Governor-Elect, Senator Adeleke and the entire PDP family in Osun State, South West Nigeria and indeed all over Nigeria.