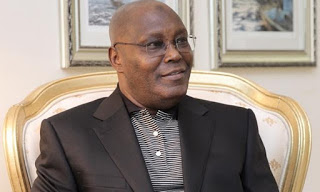 The attention of Peter Obi Support Network has been drawn to a recorded interview of Alhaji Atiku Abubakar, in which he gave unsolicited and clearly erroneous political consultancy on who can win elections and who cannot win.

The seventh time presidential aspirant reportedly claimed that today’s most popular presidential candidate, Mr. Peter Obi cannot win the 2023 presidential election because Labour Party does not have any governor elected on its platform and does not have National assembly members.

Unfortunately, the former Vice-President based his entire permutation on the assumed influence of corruption promoting and vote buying mercenaries euphemistically called political structure, and failed to consider the unassailable powers of the masses of Nigeria, who actually are the most powerful force in a democracy and the key determinants of election victory.

As every political philosopher knows: sovereignty resides with the people!

In essence, Alhaji Atiku Abubakar is saying that Nigerians are some kind of slaves who cannot take a political decision on their own, except as imposed on them by their slave masters.

This erroneous idea belongs to the past, and so we assure the former Vice-President and those of his class who hold such derogatory perception of Nigerians that a new Nigeria is here and Nigerians are ready to take their destiny in their own hands.

The Peter Obi candidacy is not a mere political project but a national movement for the reawakening of Nigerians to take their destiny in their hands and break the chains and shackles for which they are derided as being “sub-citizens” with the so-called structure being the deciders of where their votes shall go.

We are banking on the votes of the millions of dissatisfied but genuinely patriotic Nigerians who want to see a truly independent, prosperous and thriving democratic Nigeria. And everyday, as we move from community to community, from market to market, from mosque to mosque and from church to church we are encouraged by the passion displayed by these Nigerians for a new, working and productive Nigeria under the leadership of Mr. Peter Obi and Senator Yusuf Datti Baba-Ahmed.

We expected that the former Vice-President, having confirmed the undeniable competence, integrity and wide acceptability of Mr. Peter Obi, that he would demonstrate his true love for Nigeria and a genuine desire for her progress by dropping his ambition to be President of Nigeria and endorse Mr. Peter Obi who has shown practical readiness and preparedness to retrieve Nigeria from the precipice of total collapse.

We trust that Alhaji Abubakar will read the handwriting on the wall and do the needful.