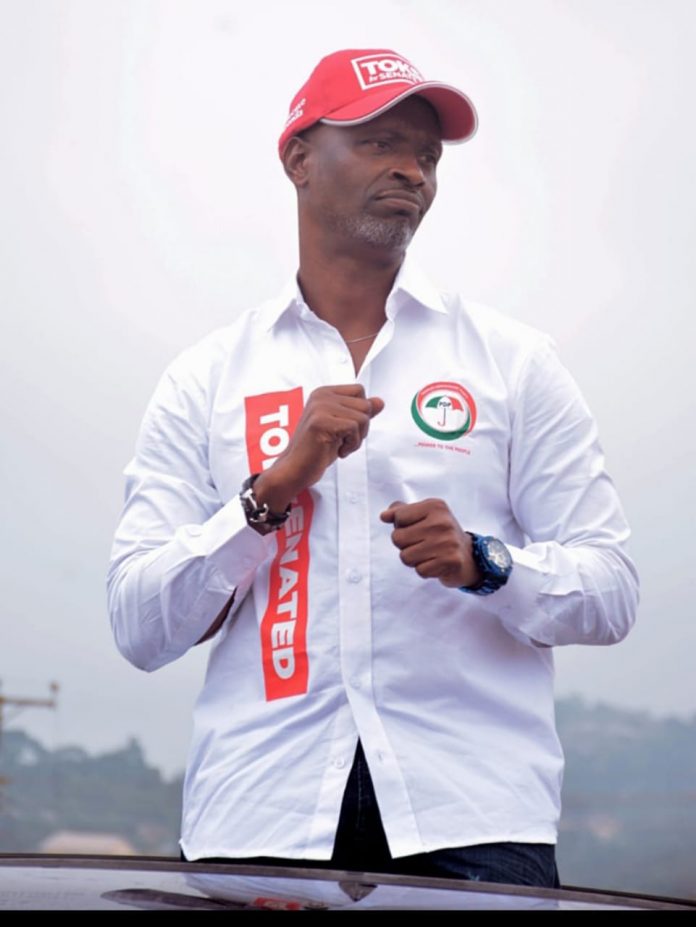 If you have not engaged Adetokunbo Modupe in any conversation in the past, you may be far from understanding his person, knowledge of contemporary issues, brilliance in articulation and the class deploys in any endeavour he embarks on. No doubt, you will feel the reflection of his trainings at the prestigious Harvard Business School, Lagos Business School and Strathmore Business School which are evident in his conversation, strategic thinking and implementation of ideas.

TOKs as popularly called is a quintessential public relations expert, who owns the foremost PR Company in Nigeria, TPT International. He has made his marks which has attracted the company to many national, multinational organizations. His clienteles includes government institutions, federal and state governments.

On the political front, he is reputed to be a strategist, and who always leverages on his contacts in government and party hierarchy to develop human capacity of his political followers and associates.

In his quest to represent his District at the 10th National Assembly in 2023, his expertise in Public Relations and perception management has embodied his engagement so far.
Above this, which can’t be ignored, is his knowledge of the constitutional roles of lawmaking and how to use the tools of lobbying, bridge building and proactive engagement, to attract development to his district and the people. He simply want to make a difference if elected.

At any gathering, he is always the center of attraction with his deployment of social skills, persuasive communication with his aura, which are noticeably topnotch.

As we awaits the official commencement of political campaign, Akogun intents to provide quality and people’s driven representation will be at the center piece of his interaction with the people of Ondo North Senatorial District.

I welcome you all to join the TOKSENATED train.