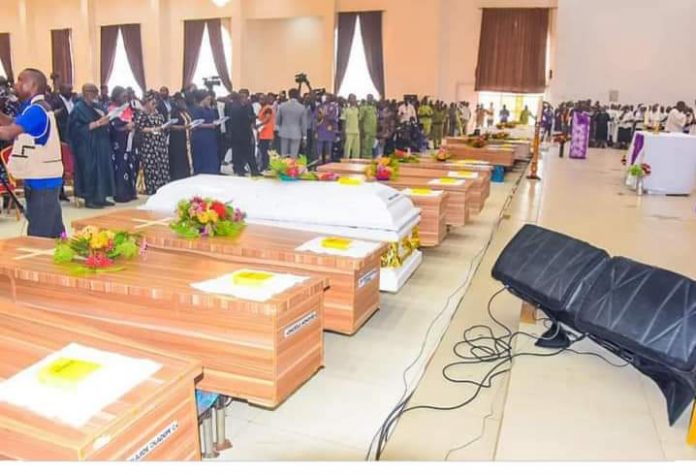 *picture shows victims during a special service before burial.

Two months after a suspected terror attack on the Saint Francis Catholic Church in Owo, the Chief of Defence Staff, General Leo Irabor says assailants linked to the incident have been arrested.

General Irabor disclosed this on Tuesday during a parley with executives and editors of media organisations in Nigeria.

He said the attackers were arrested during joint operations involving the Armed Forces, the Department of Security Services (DSS) and the police.

No fewer than 41 people were killed when the gunmen stormed the church on June 5, opened fire on the congregation, and also detonated explosives as the worshippers scampered for safety.