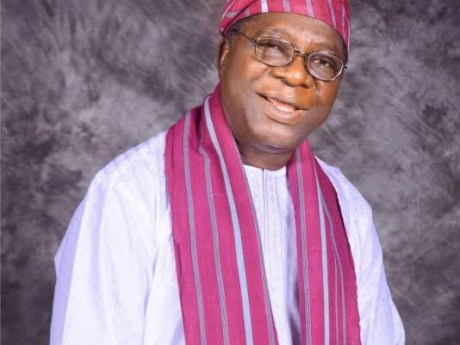 The former two term federal legislator Hon Joseph Iranola Akinlaja said PDP would have a huge problem if Wike refuses to support the party. This was disclosed during a press briefing in Port Harcourt, Rivers State.

He said Atiku should have personally visited Wike and other aspirants to forge a united front ahead of the 2023 general election.

Akinlaja expressed pessimism that Atiku would accept the outcome of the ongoing reconciliation talks between Wike’s men and the party.
He also called on Ayu to toe the path of honour and resign as he promised before the party primary.

Akinlaja said: “I hoped that Wike does not refuse to support Atiku and the PDP. It will be a huge problem for the PDP if the matter is not resolved.

“It is sad that we, politicians, are always wiser with benefit of hindsight.
“When political parties lose elections, they would want to come together after testing their strength at the polls.

“There is no need for any committee because the results might not be accepted by Atiku. A 14-man committee picked Wike as running mate but the candidate said it should be Okowa and that deepened the suspicion.

‘Why Ayu should resign’

On the call for Ayu’s resignation, Akinlaja said: “During negotiation, nothing is out of place since Ayu mentioned it himself that he will resign after the presidential primary. All the Southern governors agreed that the South should produce the next president.
“They conceded Ayu to be chairman, believing that it will be easy to argue that the presidential candidate should come from the South.

“The core PDP leaders wanted Atiku and Ayu had no choice but to make a statement that he will resign as a balancing act. His resignation was an action before the primary.
“Now that Atiku has emerged, nobody ought to have told Ayu to resign. He should have resigned immediately based on the understanding. He ought not to be controversial.
“They are now saying it is when the candidate emerges (wins the election) that he can resign. My opinion is different from the core party leaders opinion.

“On scheduled meeting”
‘If those in Wike’s camp could fly from different parts of the country to Port Harcourt for the talks, we have no genuine excuse to be absent.” a party stalwart said.

There was no official statement from Atiku’s camp as at the time of filing this report.
Okon another party leader corroborated Hon Akinlaja and said only the Rivers governor can lead PDP to electoral victory in 2023.
Okon, who spoke with reporters in Uyo, suggested that Wike should also double as the national chairman of the PDP when Ayu is eased out.

“The PDP will win in Ondo depending on reconciliation between Jegede and Mimiko.” Hon Akinlaja stated.