Precision
Home News Update: Teachers Should Be Proud To Enrol Their Children Where They Teach... 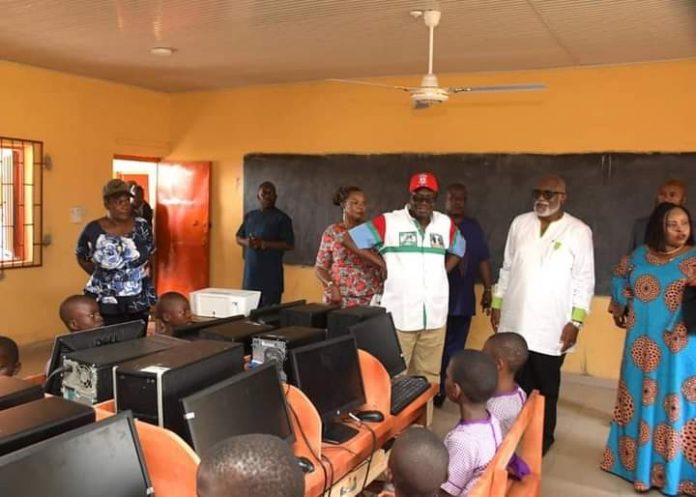 Governor Oluwarotimi Akeredolu says teachers in the State’s public schools should be proud to put their children in schools where they teach.

The Governor who spoke through Richard Olatunde, his Chief Press Secretary on Sunday evening noted:

“Our attention has been drawn to a news story making the round particularly on the social media with the above headline. It is imperative to enlighten our people and shed light on the statement credited to the Chairman of the State Universal Basic Education Board (SUBEB) Rt. Hon. Victor Olabimtan.

“Undoubtedly, the Ondo State Government under Governor Oluwarotimi Akeredolu, SAN, has made huge investment in the education sector in the state, especially in Primary and Secondary Schools. Tertiary institutions not excluded. The rot, which pervaded public schools in the state before the Akeredolu administration assumed office is fast disappearing. This has also led to increase in student enrollment in most of the schools.

“It is based on this background that teachers in the public schools were urged on moral ground to enroll their wards in public schools for confidence building. This will subsequently increase enrollment and further encourage government to embark on more upgrade of public schools.

“Finally, Governor Oluwarotimi Akeredolu, SAN, will continue to prioritise education and develop it for the overall interest of the people of the state. It is the belief of the Governor that qualitative education is the key to a better tomorrow,” the statement added.