Precision
Home News We Need Unity In Niger Delta. Our Underdevelopment Due To Internal Wrangling... 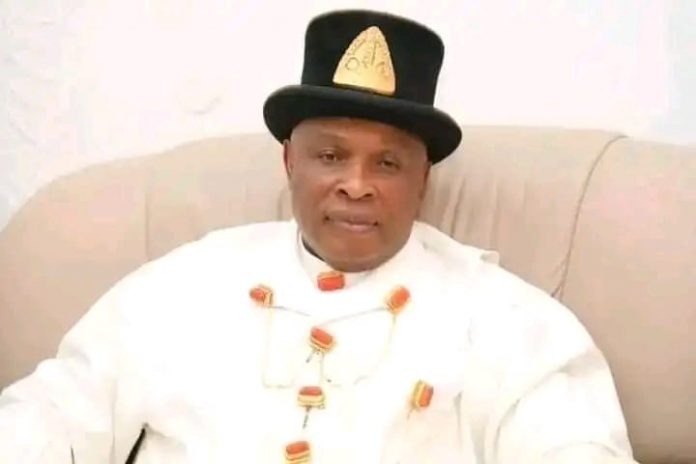 HRH Samuel W. Sambo, the Amadabo of Sambo-Ama in Twon Brass Kingdom of Bayelsa State, has appealed to aggrieved groups in the Niger Delta to maintain peace and unity in the oil rich region.

Sambo made the call while speaking to journalists at the Murtala Muhammed International Airport in Lagos on Saturday, after his return to the country.

The Monarch’s appeal for peace is coming as mixed reaction trailed the region after the Federal Government awarded a Pipeline surveillance contract to former Niger Delta warlord, Government Ekpemupolo popularly known as Tompolo.

Some aggrieved armed ex- militant who preferred to be addressed as ‘Creek Men’ from Bayelsa and River state, have also condemned the contract in an interview with Arise TV reporter, Ovieteme George. The group is seeking inclusion of other stakeholders from the region in the contract.

While admonishing the people of the region to learn from the unity both brooms and ants signify, he urged warring parties in various communities to forgive one another and end the internal bickering that has only impeded the progress of the region.

The Bayelsa based traditional ruler noted that Niger Delta is not just blessed with oil and gas but also with agricultural, mineral and human resources.

He however lamented that amidst the abundance of wealth in the region, most communities are still lacking basic infrastructures due to internal wranglings, which has made life more difficult for the average people in the oil-rich region who, according to him, are unable to live their true potential.

“our underdevelopment, amongst other factors, is due to the internal wranglings characterizing many of our towns. We fight too much over things that don’t matter.

“It is high time we started exerting our energy in pursuing peace and uniting our people with reckless abandon.

“This, in my view, will strengthen us to demand from the government and multinational oil companies operating in our area what is rightfully ours.

“The more we fight to kill ourselves and polarize our land, the more we lose focus and slow our pace of development.

“The broom can only be used for sweeping away dirt when it is tied together. And an army of ants can kill a giant elephant when it attacks at the same time.”