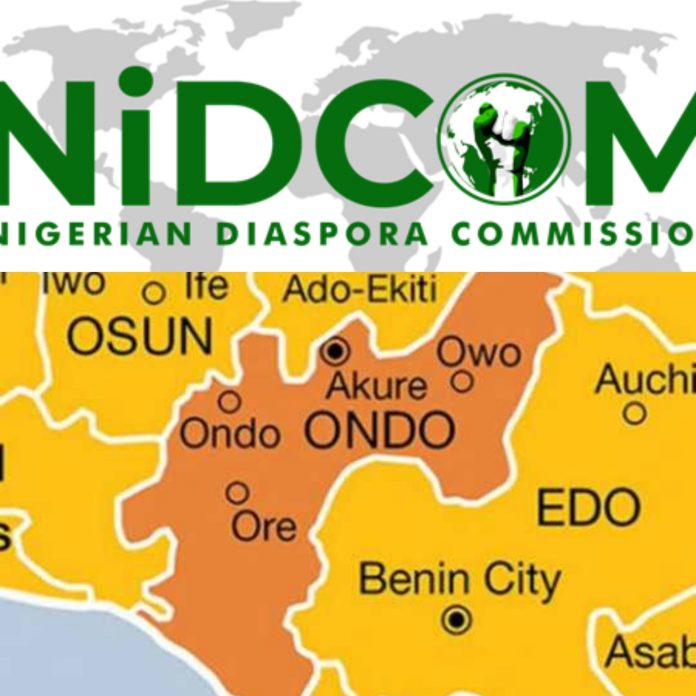 In an attempt to establish a cordial relationship with its indigenes in diaspora, the Ondo State Government has gotten a Federal Government approval for the establishment of the office of the Nigerians in Diaspora Commission (NIDCOM), in Akure, the State capital.

The office which is to be located in the premises of the State Ministry of Regional and Diaspora Relations is the first in the South West Region.

The State Commissioner for Ministry of Regional Integration and Diaspora Relations, Hon. Prince Adeboboye Ologbese said the agreement was reached following fruitful deliberations with the Chairman of the Commission, Hon. (Dr) Abike Dabiri-Erewa in Abuja recently.

He said the establishment of the annex office will pave way for the state indigenes in diaspora to contribute their quota for the economic and social development of the State,in tandem with the REDEEMED agenda of the Governor, Arakunrin Oluwarotimi Akeredolu, SAN administration.

In addition to the above, Prince Adeboboye Ologbese also noted that the development which is highly commendable, would help to consolidate the good relations between the Ministry and the Commission.

He further disclosed that he was optimistic that the office could be designated as the South West Regional Diaspora Office, where NIDCOM management can comfortably hold South West meetings, and even National meetings and programmes.