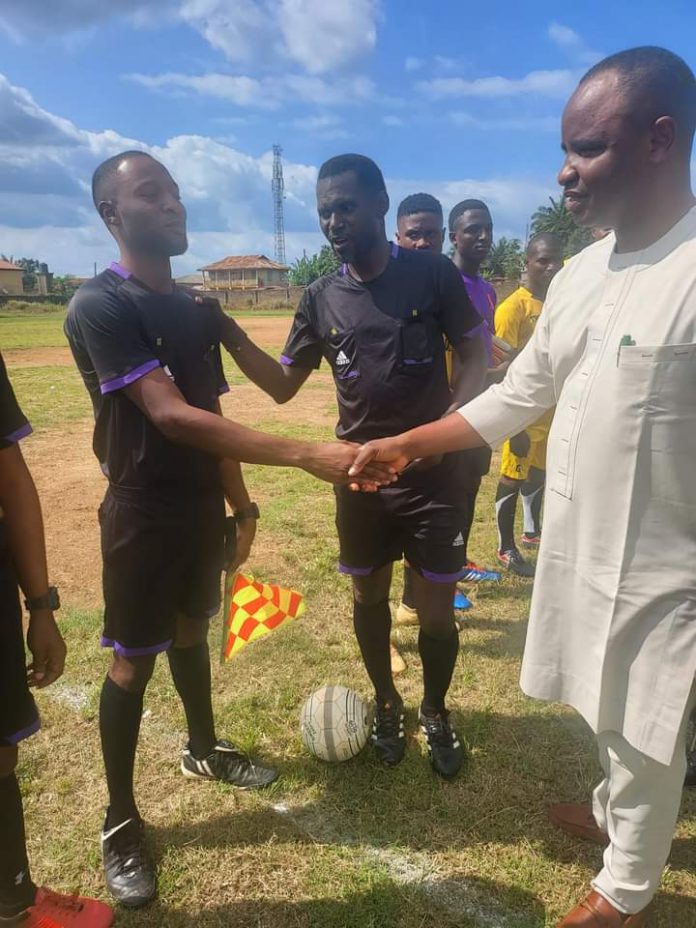 In view of sportsmanship and the spirit of youthful hue, the much anticipated WEST UNITY CUP kicks off today, September 14, 2022. The event, sponsored by Ondo State House of Assembly Majority Leader, Honourable Oluwole Emmanuel Ogunmolasuyi (WEST), was met with euphoric reception.

The football competition is an opportunity to discover rising talent in football and help propel outstanding individuals to the next level. After registration, the deal finally came today, in which Honourable West officially kicked off the competition. However, the surprising aspect was the massive turn up by the youths who sees this opportunity as means of showmanship and entertainment.

Aside from being an innovation, the WEST UNITY CUP is meant to ensure that the youths are not left out in the service of Honourable Ogunmolasuyi. He was applauded by prominent youths in his constituency for coming up with such a bright ideology meant to push Owo to the global forefront. Still basking in euphoria, the immense multitude of youths who turned up promised to support the majority on his bid for re-election.

One of the youths who was present described the Majority Leader’s personality as one who is holding a federal position. At the same time, some persons described him as an astute individual who has taken state legislative representation to another level. In his humble attitude, Honourable WEST appreciated the youths for their turn up and promised more to come from his office.