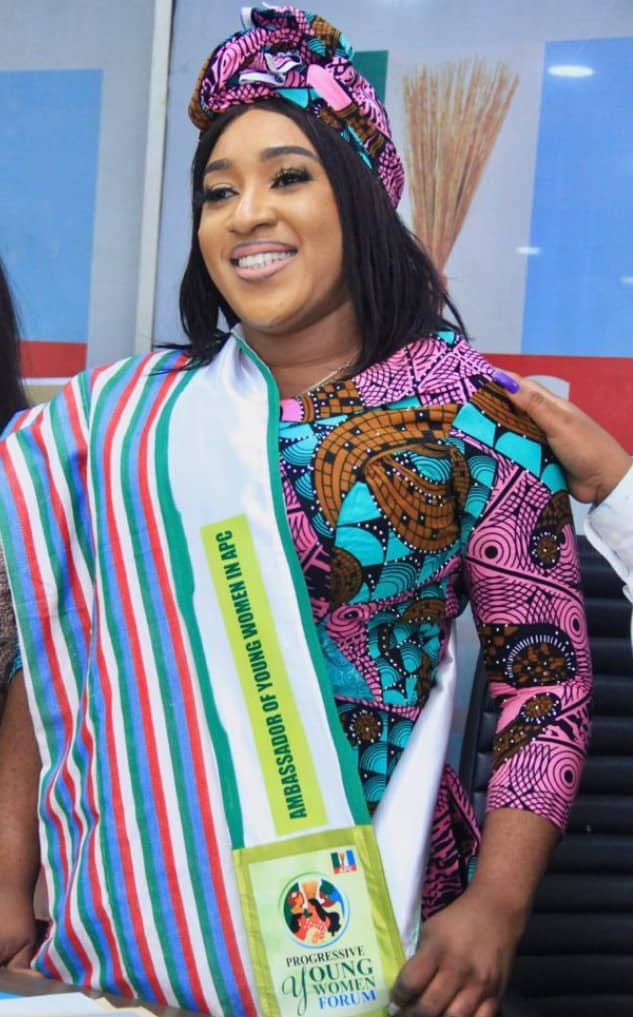 It was a season of celebration as women from all over the world rose in celebration of Dr Betta Edu, the award winning gender advocate and National Women leader of the All Progressives Congress APC.

Nigerians across all divide, and indeed, the leadership of the All Progressives Congress APC, were united in celebrating and extolling the virtues of Dr Betta Edu, her numerous achievements and invaluable contributions to the growth of the womenfolk and nation building.

To Nigerians, it was week-long celebration of a super performer, hard working, resilient, energetic, resourceful and very intelligent leader. A mobilizer who encourages and supports other women to rise up and achieve their full potential.

Dr Betta brought excellence to Governance and redefined leadership of women in the country. Nigeria and the APC has never had such a young, dynamic and very versatile woman holding the reins of leadership and achieving so much in such a very short time in governance and party leadership.

The ebullient National Women Leader of the ruling party was celebrated by the high and mighty across the country. Wife of the President, Dr Mrs Aisha Buhari, Wife of the Vice Presidential Candidate, Senator Oluremi Tinubu, Governors, Governorship Candidates, Leadership and Members of National Assembly, The Minister of Women Affairs, Dame Pauline Tallen, Wives of Governors, Former APC National Women Leaders, APC Women leaders at all levels, Strategic Stakeholders and leaders, Progressive Young Women Forum Leadership and Members across the 36 States of the federation all came together to acknowledge and celebrate the sterling leadership qualities and achievements of Dr Betta Edu. She was affirmed to be the youngest and the best woman leader of a political party in the political history of Nigeria.

Seun Bosede Osamaye, National President Progressive Young Women Forum & Special Adviser Political Matters to APC National Women Leader revealed that in furtherance of activities marking the birthday celebrations, Dr Betta and her team reached out to the poor and the less privileged by visiting orphanages such Hope for survival orphanage and Adorable Angel orphanage home Abuja where she donated cash, materials and food items worth millions of Naira.

BIANCA NNEOMA ANAZODO, also Bianca Of Africa who is an orphan from the Adorable Angels Orphanage was awarded a scholarship to study from primary to University level by Dr. Betta Edu.

In her address, Dr Betta enjoined all Nigerian to help her reach out and show love to the poor and vulnerable around them in support of the Presidential candidate of the APC, Asiwaju Bola Ahmed Tinubu, describing such as a way to have a peaceful and better society. Worthy of mention is the #SmileChallenge that had people sends in pictures taken with the woman leader for a raffle draw with the Prize of millions of naira for the winners to empower them. Almost 300 people sent in their pictures. And the Star prize winner is an orphan from Taraba.

Dr Betta Edu is a Harvard trained Medical Doctor, a fellow of the Royal School of Public Health UK, holds an MSC in Public Health From London school Of Hygiene and tropical Medicine, University of London UK, she was Special Adviser to Governor of Cross River State, a Pioneer Director General, Cross River State Primary Healthcare Development Agency, she was also Commissioner for Health in Cross River, former Chairman of all Commissioners of Health in Nigeria. Member Presidential Health Reform Committee Nigeria, She is a Member Board Of Trustees of the All Progressives Congress (National Advisory council), Special Adviser to the Presidential Campaign Council on women matters and National Women Leader of the APC and among many others.