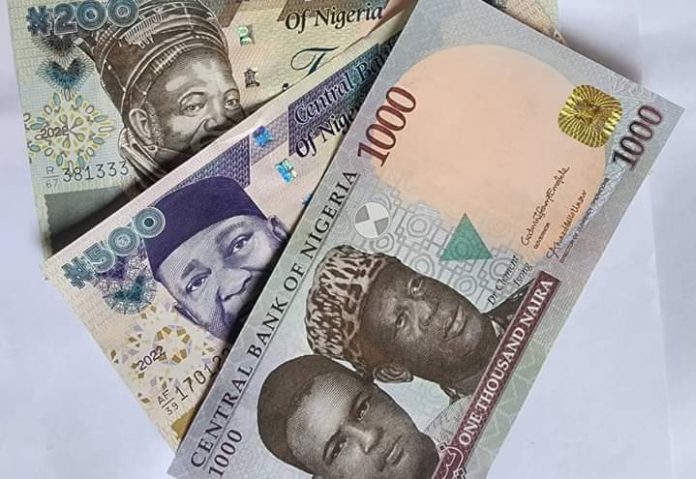 In a special press briefing in the Federal Capital City, Abuja, on Wednesday, 26th October 2022, Central Bank of Nigeria (CBN) Governor, Godwin Emefiele declared the intention of the monetary policy authority to redesign the paper currency of N200, N500 and N1,000. Emefiele justified the need for such to control volume of currency in circulation, curb counterfeit currency, decapitate kidnappers over ransom collection and as well fight wars of terrorism. All these are sound reasons but coming at wrong time.

It is no doubt that the volume of money in circulation has increased more than double from N1.46trillion as at December 2015 to N3.23trillion as at September 2022. The increase came without corresponding increase in production of goods and services. Then, inflation is not unexpected as we have in the country today. Even, the blind see the effect.

Which institution, in the first instance, is mainly responsible for money creation if not CBN? Was the CBN not thinking through the effect of N1.55trillion illusion money created through Ways and Means within the first four months of year 2022 to cover revenue shortfall? In one of my published articles, I disagreed with the CBN hiding under Ways and Means to create money as if it were ‘Santa Clause’.

The logistics and cost involved in redesigning N200, N500 and N1,000 currencies at this time when Federal Government is struggling with high fiscal deficit of N10.78trillion for year 2023 call for serious concern. As President of Federal Republic of Nigeria, Olusegun Obasanjo introduced N200, N500 and N1,000 banknotes in November 2000, April 2001 and October 2005 respectively in addition to the existing lower denominations. Of course, most of the advance countries change or redesign their currencies within ten years to lower the risk of counterfeit banknotes but they don’t do it during economic crisis.

Increasing the Monetary Policy Rate (MPR) three consecutive times in the year to arrest the spate of inflation is good. In Septembe MPR was moved up by 150 basis points from 14 percent to the current position of 15.5 percent. This is huge upward movement but the effect has not really been felt as far as inflation reduction is concern. The reason may not be unconnected to the large volume of money outside banking system as alluded to by the CBN boss in his briefing. Increasing the rate further may have devastating effects on small and medium size businesses as cost of credit may be suicidal to them. So, there is need to apply other measures but not necessarily going straight for currency redesigning.

Putting all measures in place for stability in the foreign exchange rate would go a long way at resolving economic crisis and thereafter crown it with currency redesign. The way the announcement came and the time gap for the implementation put more pressure on already pressurized naira in the foreign exchange market. Infact, within the first three days of the announcement, exchange rate moved from average of N720 to N780 per US dollar in the parallel market. Manufacturers, Consumers, Businessmen and other users are gradually losing confidence in the local currency hence the rush for the foreign currencies. Building confidence in what and how we do things in Nigeria and hoping to get better tends to reduce the rate at which naira depreciates in international market. This is where individual or group of individual has one role or the other to play. Having confidence in the little things been produced within the country will have positive trickle effects in the currency, otherwise, redesign of naira again and again may not really bring the desired results.

Nigeria belongs to all of us. Your support and loyalty in what you do and that of mine, brings the best out.