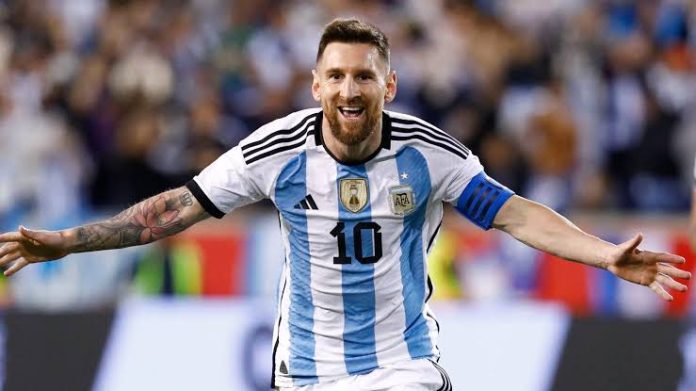 The Argentina skipper scored his 8th world cup goals in the group stage match against Mexico in the ongoing 2022 World Cup in Qatar.

According to Euro Sport, not only is Messi now level with Maradona, and second all-time for Argentina behind only Gabriel Batistuta (10 goals), he has also pulled alongside other footballing luminaries like Rivaldo, Rudi Voller and his eternal rival Cristiano Ronaldo.

Argentina were in desperate need of a goal midway through their second group stage match of the 2022 World Cup in Qatar, against Mexico when Messi stepped up and saved his team from possible elimination with his goal in the 64th minute, grabbing all three points with Enzo Fernandez doubling the scoreline with his 87th minute goal.

Messi found space on the edge of Mexico’s box and ripped off a low shot which beat Guillermo Ochoa to give Argentina the lead they were grasping for.

It was Messi’s second goal of the tournament so far, extending his run of six consecutive Argentina appearances with at least one goal, and took his overall tally to eight World Cup goals putting him level with fellow Argentinian icon Maradona, albeit with at least one more match to play.