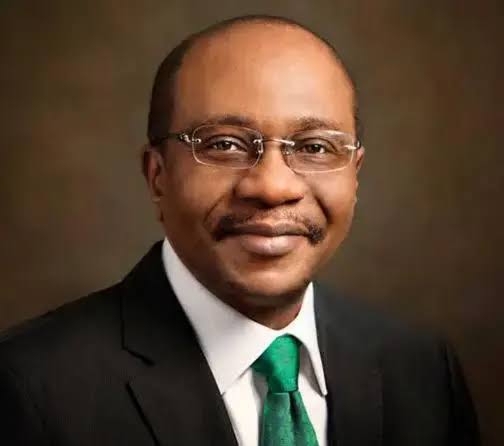 The Maitama home of the Central Bank Governor, Godwin Emefiele is currently under siege by a team of police officers.

The armed police officers, numbering over 10, were seen at about 8:40pm, Tuesday night, besieging the No. 8 Colorado Street, Maitama, Abuja home of the embattled governor of the apex bank.

An impeccable source within the Nigeria Police Force, told Punch that the siege was in furtherance to Emefiele’s expected appearance at the Federal High Court in Abuja today, Wednesday, over a $53 million judgment debt arising from the Paris Club refund.

The source said, “The governor is expected to be in court tomorrow over the $53 million judgment debt in relation to the Paris Club refund which he’s yet to clarify.

“The police officers are not there to arrest, but they’re there to ensure that he doesn’t run away again as he did weeks ago.”

Meanwhile, the Force Headquarters and the Federal Capital Territory Police Command have denied knowledge of the siege.

When contacted, the Force Public Relations officer, Olumuyiwa Adejobi, said, “I have no knowledge of such event. However, kindly contact the FCT Command.”
However, the FCT PPRO, Josephine Adeh also denied knowledge of the siege, when contacted by our correspondent.

Adeh said, “I don’t know anything about policemen surrounding the CBN governor’s home. You could contact the Force Headquarters.” (PUNCH)