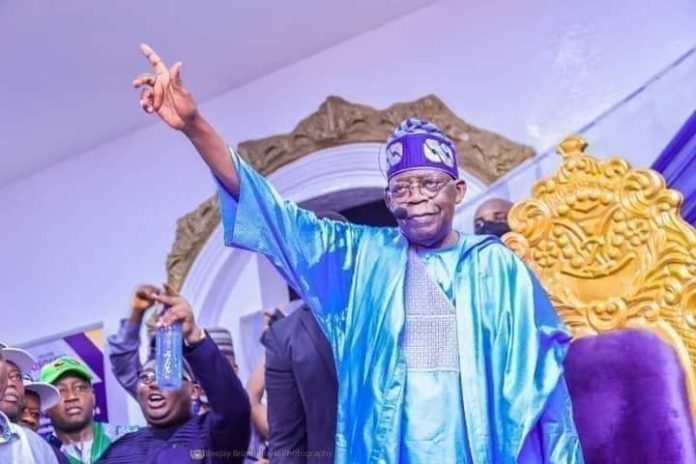 A statement by Kunle Adebayo, Chairman, Media and Publicity Sub committee of the Campaign Council in Ondo State, indicated that Asiwaju Bola Ahmed Tinubu will lead other national leaders of the party from all parts of Nigeria to present his message of renewed hope to the people of Ondo State.

“The event will also herald the presentation of flags to the Presidential Candidate, and our National Assembly candidates in Ondo State.

“Already, the ground is fertile for the success of this great crusade because of the well known monumental, life changing performance of the ruling APC government in the state since 2017. The myriad of people centered positive interventions and genuine display of Character and Vision by the APC administration of Governor Oluwarotimi Akeredolu testify to the enduring romance between the people of Ondo state and good governance.

“It is in this vein that the Presidential Campaign Committee of Ondo State encourages members of the public, supporters, and admirers of our party to troop out to the great carnival to endorse competence, vision, character, hope and track record as epitomised by Asiwaju Bola Ahmed Tinubu.

“The state leader of the party and Governor of Ondo State Arakunrin Oluwarotimi Akeredolu, who is also the Campaign coordinator in Ondo State and South west zone, therefore welcomes, on behalf of the state, the Presidential Candidate, His Excellency Asiwaju Bola Ahmed Tinubu and the Vice Presidential Candidate His Excellency Kashim Shettima, the National Chairman Sen. Dr. Abdullahi Adamu Governors, members of the National Assembly and other national leaders of the APC to what is expected to be the mother of all rallies.

“The Venue is the Moshood Kasimawo Abiola Democracy park at Oja Oba in Akure. Time is 12pm prompt.

“As the state witnesses an unprecedented surge of crowd tomorrow, we wish to assure the people of Ondo State and our visitors that adequate security measures have been put in place across the state to ensure smooth, peaceful and eventful rally. We welcome all. E kaabo,” the statement read.