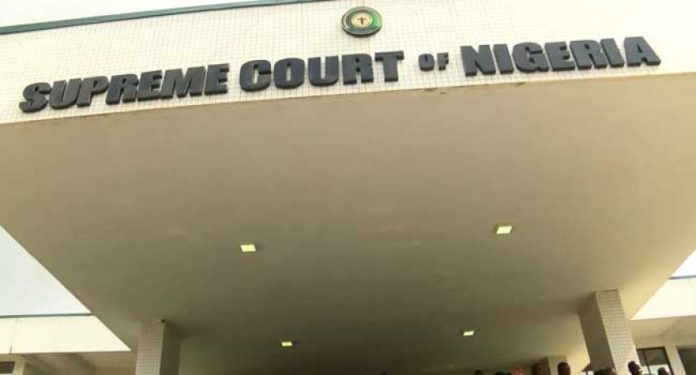 Tension is high in Bauchi, Sokoto and Imo states ahead of today’s resumption of hearing of appeals challenging elections of seven governors at the Supreme Court.

Governor Ganduje’s election is being challenged by Abba Kabiru Yusuf (PDP) who is contending that he was winning the election in majority of the local governments in Kano before it was declared inconclusive and a rerun ordered by the Independent National Electoral Commission (INEC).

He also alleged widespread irregularities in the March 23 rerun election in the state.

APC’s Ahmed Aliyu is challenging the election of Governor Aminu Tambuwal. He is alleging over voting and other irregularities in the election. Aliyu polled 511,661 votes against 512,002 votes by Tambuwal after conclusion of collation in the rerun.

Although the allegations of irregularities in the election by the AA and APGA against Ihedioha were dismissed by the Court of Appeal, there was a dissenting judgment in favour of Uzodimma’s appeal.

At the hearing of the Kano governorship appeal yesterday, the Chief Justice of Nigeria (CJN), Justice Tanko Muhammad, retired to his chambers after complaining about the congestion in the court hall. Supporters of governors of Kano, Sokoto, Bauchi, Adamawa, Imo, Benue and Plateau states had thronged the court premises as early as 6am.

Director of Litigation of the Supreme Court, Ibrahim Gold asked persons who had no serious business in the court room to leave. The CJN was again forced to stand down and eventually adjourned the proceedings over the ill-health of one of the justices on the panel, Justice John Inyang Okoro.