Precision
Home Opinion On The Balkanization Of LAUTECH: Styling The Fabrics Of Facts By Oluwajuwonlo... 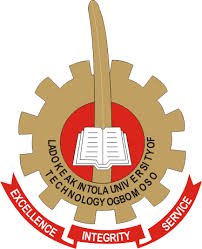 The announced decision of Oyo State government to open multi-campus for Ladoke Akintola University of Technology, Ogbomoso has sparked a tough race among towns in the State.

As Soun of Ogbomoso disagrees with the State governor, Seyi Makinde, the people of Iseyin, Saki, Oyo, and Okeho have revved a cheers of praise and citations of surplus lands in their areas as they jostle for a location of a satellite campus of LAUTECH in their town.

This new phase of happening in the life of the State has begun to zero-in an identity of origin and township within the State; thus calling for outlining facts from its hardcore shell to appropriate the rising perspectives.

Engr. Seyi Makinde has argued that balkanizing LAUTECH would be a process to open-up the economy of the State and develop the agrarian communities while making the institution a better citadel of learning and research. The argument is centered on realizing economic prosperity of the State through model of satellite campuses.

Has it worked before in the State? The response is found in the case of Polytechnic of Ibadan which was broken into satellite campuses with one at Oke-Ogun. In later years, after folds of strikes, funding difficulty and administrative hitches, the government had to implement autonomy for each campus to maintain a balance in the institution’s mode of operation. One thing is obvious, the success of models of tertiary education is situated on the funding level and management’s efficiency. It’s essential to disclose that Oyo State has had it rough with funding education overtime.

The Makinde-led administration has turned a new curve though, with the increase of the education budget to 21% for 2021. However, it’s expedient to contextualize the fact that, the State has had to largely borrow to operate and execute projects apart from those contracted on Private Public Partnership (PPP). The State had to borrow N1billion as counterpart funds in accessing the Universal Basic Education Commission (UBEC) funds while also on the verge of borrowing a N100 billion to fund infrastructure. The fact, Oyo State has flipped to a borrowing-centric governance which makes it hard to finance new campuses instead of focusing on the already existing institutions in the State.

Ogbomoso is a city in Oyo State, South-Western part of Nigeria that houses 5 faculties out of 7 in LAUTECH with 2 others in Osogbo, Osun State. The sole ownership of the University now given to Oyo State has stripped the State of the Teaching Hospital in Osun. This is linked to the stance of Oyo State government through its Attorney General, Prof. Oyelowo Oyewo, SAN, that, repealing LAUTECH Law is to empower the University to be multi-campus; citing the location of faculties and institutes on the new campuses. A sharp unraveling of fact to that is, Ogbomoso has a teaching hospital solely for LAUTECH, thus, ceding the teaching hospital in Osogbo to Osun State government does not decapitate the University.

Pro multi-campus arguments for LAUTECH have been focused on students’ enrollment, and widening admission chances for indigenes of Oyo State. Dr. Saheed Ige, airing this view on a popular radio station in Ibadan, Fresh Fm (105.9), on 27 December, 2020 posited that, the multi-campus decision would increase the chances of admission for the State’s indigenes; premising his points on the ranking of Oyo State as the first in number of applications to Universities through Joint Admission and Matriculation Board (JAMB).

This shows only a higher interest in the level of education in the indigenes of the State, who may possibly not reside in the State, and may decide to study or not outside the State based on their level of career interest and availability. It’s therefore faulty to adjudge that multi-campus is synonymous to opening admission chances for indigenes, as in such parameters, merit is displaced- a catalytic identity of failure.

LAUTECH has still not recovered from the heals of the lingered industrial strike actions that rendered students academic progress delayed, academic calendar downturned, and operations chaotic in 2018 owing to non-payment of salaries, arrears for workers and lack of funds to run the University. It thus appears questionable, the decision to open-up satellite campuses in the State other than strive to attain a self-funding status for the institution.

However, political permutations and calculations are already beginning to heat polity as 2023 draws close even for the State. Political insinuations are surreptitiously hovering on the decision to decide the future of the University.

The rising debate of whether LAUTECH should operate humanities courses and law is as well gaining tractions, as political deciders are making steps. It suffices to say that a University of technology should operate by focus and specialization towards becoming a force to reckon with. The ‘all-way-is-the-way’ approach will only drag the footing of the proclaimed leading University of technology in country. The National University Commission (NUC) is expected to remain active in matters of accreditation in such a case.

As the balkanization of LAUTECH unfolds a scene of Ogbomoso versus Ibarapa, Seyi Makinde versus Soun of Ogbomoso, merit versus indigenes’ favouritism, one would like to digest into understanding, the saying of Rubin Zemon that, “the hybridization of cultures is one among diverse processes… That affect our paradigm of” us” and “the others,”

It is believed that instead of breaking 6 into a half-dozen, LAUTECH should be left to operate as one without multi-campus, while progressively funding, improving, and managing the institutions rather than weaponizing a citadel of learning to a political machinery. The University’s curriculum should be revised to accommodate 21st century courses while making it a technology-driven and student-focused institution.

Oluwajuwonlo writes this piece from Ibadan.