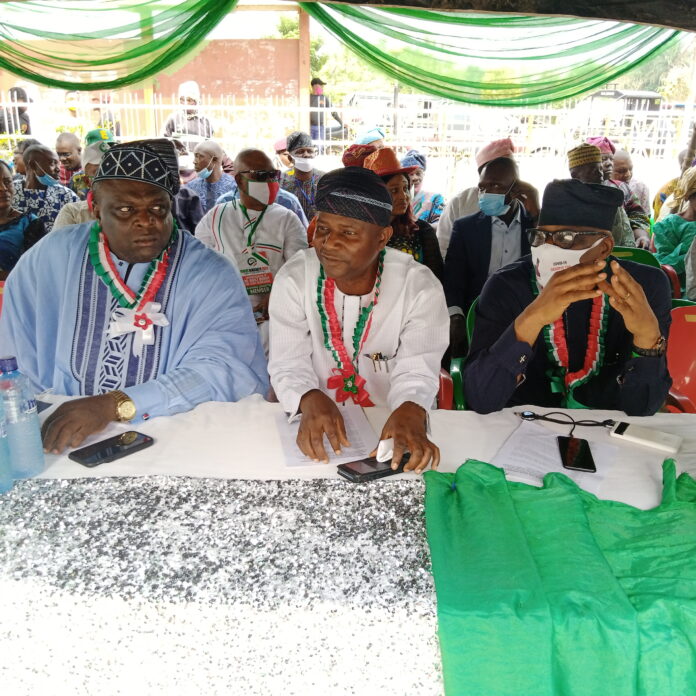 The Chairman of the PDP in Ondo state, Alhaji Fatai Adams says the people of the state are now more in love with the party.

He said this is evident as the APC which they voted as alternative to the PDP in 2015, had done nothing than to bring more hardship on them.

Adams stated this at the commissioning ceremony of the newly rebuild PDP secretariat in Akure, the state capital on Tuesday.

The PDP secretariat was burnt by hoodlums during the curfew declared after the end SARS protests in October, 2020.

The new secretariat was financed by one of the aspirants of the party in the 2020 governorship primary election, Prince Godday Erewa.

He reminded the gathering of the devastating nature of the party’s secretariat after it was razed, as they have to sit under the tree to work, while thanking Prince Erewa for rebuilding the secretariat.
He also mentioned the efforts of Senators Ayo and Nicholas Tofowomo for donating borehole and Italian chairs respectively to the secretariat.

The Akoko-born politician also thanked the party’s governorship candidate in the October 20 election, Eyitayo Jegede for paying the salaries of staff at the secretariat.

He equally appreciated the governor of Oyo state, Engr Seyi Makinde for his support to the party and southwest at large.