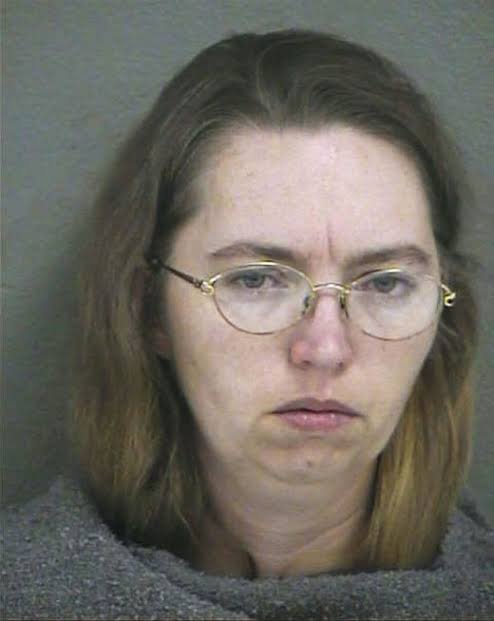 The US government has executed Lisa Montgomery, making her the first federal execution of a woman since 1953.

She was put to death by lethal injection.

Montgomery, 52, was convicted in October 2007 of one count of kidnapping resulting in death, The Kansas City Star reported. She was convicted in the Dec. 16, 2004, strangling death of Bobbie Jo Stinnett, 23, of Skidmore, Missouri, according to federal court records.

Montgomery, who did not share any last words, was declared dead shortly after 1:30 a.m. ET Wednesday, The Associated Press reported.

The last woman executed by the U.S. government was Bonnie Brown Heady on Dec. 18, 1953, according to U.S. Bureau of Prisons records. On June 19, 1953, Ethel Rosenberg was executed for espionage, along with her husband, Julius Rosenberg. Both were put to death in the electric chair.

The Supreme Court late Tuesday denied Montgomery’s request for a stay. That ended a series of legal maneuvers throughout the day.

“The craven bloodlust of a failed administration was on full display tonight,” the statement read, in part. “Everyone who participated in the execution of Lisa Montgomery should feel shame.”

On Tuesday morning, the U.S. Supreme Court and the U.S. Court of Appeals for the Seventh Circuit declined to stay Montgomery’s execution, the Indianapolis Star reported. The decision came less than a day after a federal judge in Indiana granted a stay in her execution over concerns about Montgomery’s deteriorating mental health, the newspaper reported.

However, several hours later a judge with the U.S. Court of Appeals for the Eighth Circuit granted another stay in Montgomery’s execution, according to the Indianapolis Star.

According to federal prosecutors, in December 2004, Montgomery drove from her home in Melvern, Kansas, to Stinnett’s home, purportedly to buy a puppy, The Kansas City Star reported. However, once inside the home, Montgomery attacked and strangled Stinnett until the victim lost consciousness.

Using a kitchen knife, Montgomery cut into Stinnett’s abdomen, causing her to regain consciousness, according to The Kansas City Star. The two women fought and Montgomery then strangled Stinnett to death, the newspaper reported.

Montgomery then cut the fetus from Stinnett’s womb and tried to pass the baby off as her own, according to the newspaper. The child was later safely recovered.

After taking the infant, Montgomery called her husband to pick her up in the parking lot of a fast-food restaurant in Topeka, Kansas, the AP reported. According to prosecutors, Montgomery told her husband she had delivered the baby earlier in the day at a nearby birthing center.

Montgomery was arrested the next day after showing off the child, named Victoria Jo, who is now 16 years old and has not spoken publicly about the tragedy, according to the AP.

Stinnett’s death was carried out in “an especially heinous, cruel and depraved manner,” according to court records.

Montgomery’s attorneys have argued that their client endured severe physical and sexual abuse beginning in her childhood and that she suffers from serious mental illness, USA Today reported.

The last woman executed by a state was Kelly Gissendaner, 47, on Sept. 30, 2015, in Georgia. Gissendacer was convicted of murder in the 1997 slaying of her husband after she conspired with her lover, who stabbed Douglas Gissendaner to death, according to The Associated Press. (Kiro7.com)