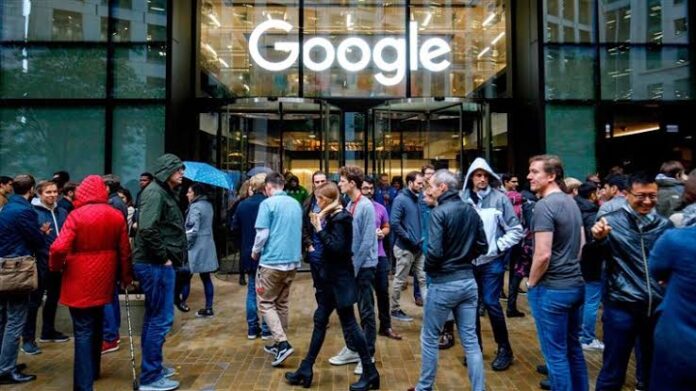 Google workers have announced plans to unionize with the Communications Workers of America (CWA). The Alphabet Workers Union will be open to all employees and contractors at Google’s parent company. Its goal will be to tackle ongoing issues like pay disparity, retaliation, and controversial government contracts.

“From fighting the ‘real names’ policy, to opposing Project Maven, to protesting the egregious, multi-million dollar payouts that have been given to executives who’ve committed sexual harassment, we’ve seen first-hand that Alphabet responds when we act collectively.”

Google’s work on Project Maven, an effort to use AI to improve targeted drone strikes, sparked protests among employees who saw the work as unethical. In 2018, the company decided not to renew its contract with the Pentagon. The company also ended its forced arbitration policy after 20,000 workers staged a walkout to protest former executive Andy Rubin getting a $90 million exit package after he was credibly accused of sexual harassment.

Now that the union effort is public, organizers will likely launch a series of campaigns to rally votes from Google workers. Prior to the announcement, about 230 Google employees and contractors had signed cards in support of the union.

Google contractors have long complained about their unequal treatment compared to full-time staff. While they make up the majority of Google’s workforce, they often lack the benefits of salaried employees. In 2019, roughly 80 Google contractors in Pittsburgh voted to join the United Steelworkers union.

The news comes one month after the National Labor Relations Board filed a complaint alleging Google illegally fired two workers who were organizing employee protests. The employees, Laurence Berland and Kathryn Spiers, were organizing against the company’s decision to work with IRI Consultants, a firm famous for its anti-union efforts.

It also follows the firing of prominent AI ethicist Timnit Gebru in December. In a press release announcing the union, the Alphabet Workers Union wrote: “The firing has caused outrage from thousands of us, including Black and Brown workers who are heartbroken by the company’s actions and unsure of their future at Google.”

Earlier this year, employees at the crowdfunding platform Kickstarter voted to unionize with the Office and Professional Employees International Union Local 153, as reported by NBC. It was the first time white-collar employees in the tech industry had unionized.

If the union effort at Google is successful, members say they will commit one percent of their annual compensation to the union. The money will go toward paying legal fees and organizing staff. (Verge.com)