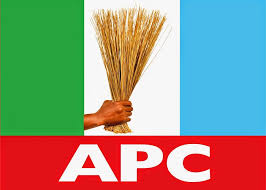 Six Councilors under the All Progressives Congress (APC) in Ifedore Local Government Area (LGA) say their signatures were forged by some members of the House who are desperately after the impeachment of the LGA Chairman, Hon. Alex Oladimeji.

In their petition to the Ondo State Assembly House Committee Chairman on Local Government, the Deputy Governor and the APC leadership in the State, the Six Councilors who are loyal to the Council Chairman, Hon. Oladimeji, called for an immediate investigation into the dastardly act and that the perpetrators of the forgery must be dealt it.

“We got an information that we signed a petition against the Chairman of Ifedore Local government to the Ondo State House
of Assembly.

“We say categorically that we did not discuss any wrong doing of the Chairman at any point in time not to talk of signing petition against him,” the councilors said.

It was gathered that the perpetrators allegedly led by the Vice Chairman of the Council, Hon. Sogo Ajikiola forged the signatures of Four Councilors loyal to Hon. Oladimeji in order to formalise the botched impeachment process.

Attached is a picture mix of the petition containing the forged signatures (below) and the authentic ones (above).