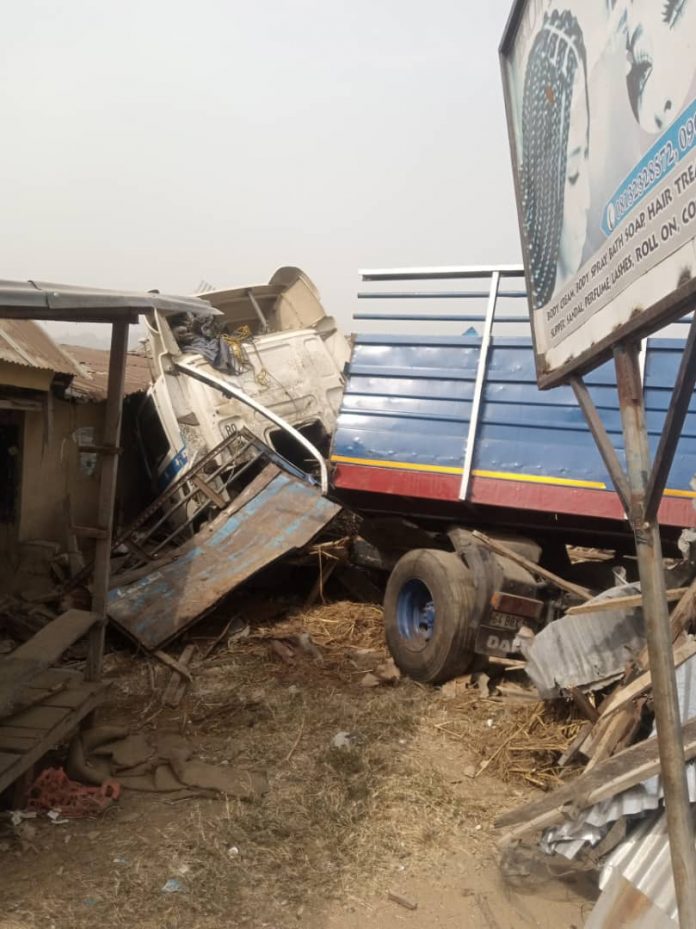 Another trailer has rammed into shops in Akungba Akoko in Ondo State.

This time, no life was lost as it occurred in the night, opposite the ever busy university gate in Akungba.

A resident of Akungba Akoko said he had the bang and the loud noise of the long trailer loaded with cows during the night.

The residents later woke up to the fact that shops had been destroyed while few cows died.

The driver of the ill-fated vehicle and other occupants were no where to be found as they ran away for the fear of being lynched.

The accident occurred at a spot where a trailer last year killed scores of people including many students.

Efforts to speak with the unit commander Federal road safety Ikare Akoko unit, Mr Oluropo Alabi and the divisional police officer Akungba Akoko Chief superintendent of police, Shakiru Ajibola was not possible as at the time of sending this report.

Speaking on incessant accidents at Akungba Akoko, Seriki Musulumi of Akungba Akoko in Akoko southwest local government area of Ondo State, Chief Saliu Awesu proffered lasting solutions to the problems by urging government to either reduce the Okerigbo hills or make an alternative route from Akungba to Uba Oka to Ugbe Akoko to reduce the incessant road crashes in Akungba Akoko.