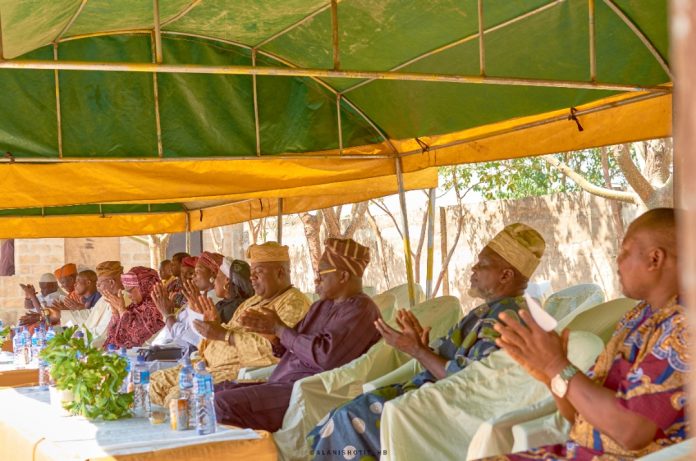 The Oke-Ogun Centrepiece Alliance which is a non-partisan, not-for-profit group of Oke-Ogun indigenes from all walks of life focused on the sustainable development of the region has been inaugurated.

The Chairman of the Cordinating Committee while speaking at the inauguration stated the core membership of the Organisation to be a large group of individuals from Oke-Ogun who have demonstrated unassailable commitment to or are interested in the promotion of education in the region.

He pointed out that the core values of the group include Honesty/Integrity, Transparency, Accountability, Empathy, Mentorship, Networking, and Collaboration.

He highlighted the objectives of the Organisation which include the promotion of the educational advancement of Oke-Ogun at all levels; facilitating entrepreneurial empowerment of individuals and groups of Oke-Ogun origin; undertaking pro-Oke-Ogun advocacy in all realms of society; and engaging in any other activities that would enhance the development of the region.

While contributing to the discussion of the remarks of the erudite Professor of English Language, members present who were of diverse political and other affiliations were unanimous in pledging total support for the realisation of the noble objectives of the new Organisation. The meeting affirmed the appointment of Professor Yisa Kehinde Yusuf as the Chairperson of the Coordinating Committee and Esv Ismail Adewoyin as the Secretary. Representatives of the different Local Government Areas of Oke-Ogun were similarly appointed.