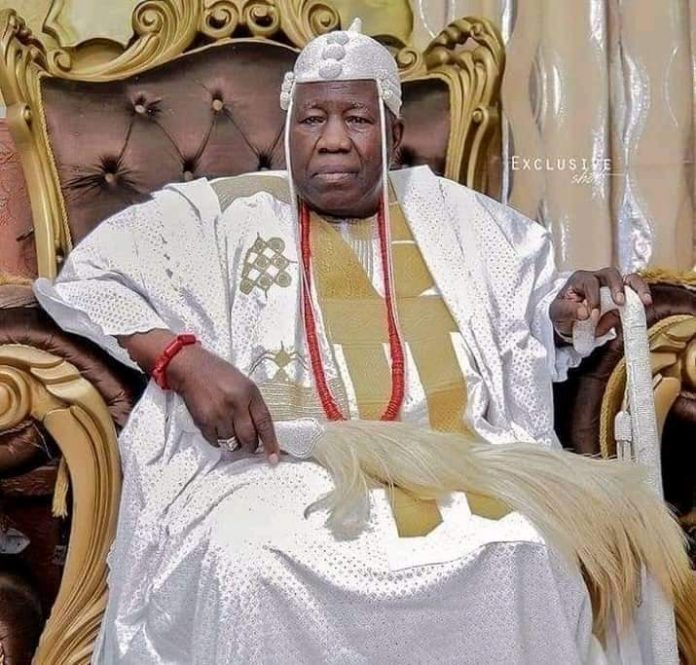 The Emir of Ilorin and Chairman Kwara State Council of Chiefs, Mai-Martaba Alhaji Ibrahim Sulu-Gambari CFR, has commiserated with people of Ibadan over the demise of the Olubadan of Ibadan land, Oba Saliu Adetunji, who died on Sunday, January 2, 2022.

Alhaji Sulu-Gambari, in a condolence message issued by his Spokesman, Mallam Abdulazeez Arowona, condoled with the immediate family of the monarch over the great loss.

According to the statement: ” His Royal Highness, Alhaji Ibrahim Sulu-Gambari CFR, the Emir of Ilorin and Chairman Kwara State Council of Chiefs, hereby commiserate with the Olubadan-In-Council, families, friends, government and good people of Oyo State over the death His Royal Majesty, Oba Saliu Adetunji who passed away today.

“The deceased was known for his patience and commitments to the growth and development of Ibadanland and Oyo State in general since his enthronement to the royal lineage of Olubadan-In-Council and much later when he became the paramount ruler of the ancient city of Ibadan in 2017.”
Alhaji Sulu-Gambari further said, “Inna lillahi Waina Ilaehi Rooojihun.

“May Almighty Allah forgive his shortcomings, accept his good deeds, admit him into Al-janatul firdaos and give the entire families that he left behind the fortitude to bear the irreplaceable loss.”

In the same vein, House of Representatives member, Hon. Tolulope Akande-Sadipe, has mourned the death of Olubadan of Ibadanland, Oba Saliu Adetunji, describing him as a brave and courageous leader.

Oba Adetunji, was a successful businessman and first class Traditional Ruler, who died on Sunday after close to five years on the throne of his forefathers.

Akande-Sadipe’s condolence message was contained in a statement issued in Ibadan today by his Media Aide, Olamilekan Olusada.

She noted that the late monarch led his people with utmost diligence and unassuming dedication, commending his strong adherence for peace, progress and development.

Hon. Akande-Sadipe who chairs the House Committee on Diaspora added that the late monarch would long be remembered in the annals of Ibadan and Oyo State for being an exemplar in virtually all facets of life.

“On behalf of my constituency, I extend my condolences to the good people of Ibadan land, the Olubadan-in-council, and the immediate family members of the late Oba Adetunji”, she said.

The Oluyole Federal Representative said the late monarch was a creditable leader whose reign as Olubadan united his people, and witnessed massive development in the State.

She said, “With heavy heart, I mourn and condole with the immediate family of our father, Oba Saliu Adetunji, the 41st Olubadan of Ibadanland, the people of Ibadanland and Oyo State as a whole. The passing unto glory of our Father has saddened us all”.

“Kabiyesi lived a very value-added and meaningful life ascending the throne in 2016. Prior to that he had a fruitful fashion designing business and his music label promoted the likes of famous musicians such Wasiu Ayinde Marshal and Dauda Epo Akara.

I pray that God should repose the soul of the departed monarch and comfort the family and the people of Ibadan,” she added.

In a related development, the Osi Basorun of Ibadanland and 2023 Oyo State Governorship Hopeful, Chief Dr. Azeez Popoola Adeduntan has expressed sadness over the death of the Olubadan of Ibadanland, Oba Saliu Adetunji (Aje Oguguniso 1) on Sunday morning.

In a statement issued by his media office in Ibadan and made available to journalists, Osi Basorun Adeduntan described the passing away of the Ibadan Monarch as shocking and unexpected at this time.

Olubadan Adetunji died in the early hours of Sunday at the University College Hospital (UCH), Ibadan at the age of 95 years.

Adeduntan said “I received the news of the passing away of My Father, highly respected kabiyesi, His Imperial Majesty Oba Soliu Adetunji, Aje Oguguniso 1) with shock. I am greatly saddened and devastated by his death notwithstanding his old age. He will be sorely missed.

“On November 23rd 2019, Late Oba Adetunji brought me a succour after the political turmoil of the Governorship primaries and eventual loss of Oyo APC in the Governorship election by bestowing on me the title of Osi Basorun of Ibadanland for my sterling performance as commissioner of health and philanthropic activities in IBADAN LAND, NIGERIA and DIASPORA, to my very own surprise when I was not even expecting it”.

“Kaabiyesi was a consummate and highly revered monarch who carried royalty with respect and decency.

“His death is a personal loss to me, because he was my ardent supporter, and father offering me useful advice.”

“His reign brought peace and development to Ibadanland and He will never be forgotten.

The founder ,Dr Azeez Popoola Adeduntan Foundation (DAPAF) and founder Adeduntan Cardiovascular & Diagnostic centre (ACDC) IBADAN, Nigeria commiserated with the wife, Alhaja Rashidat, the children,immediate family,members of the Olubadan-in-Council, the extended family, friends, associates and the entire indigenes of the ancient city on the demise of our King.

“On behalf of my family, all members of my staff in Nigeria and the United States of America, my teeming supporters across the state, & diaspora, I pray, with fervency to almighty Allah (SWT) to grant our King ‘Al-Jannah fridaous’ for he extended to me uncommon love. IBADAN HISTORY will be very kind to him,” Adeduntan concluded.