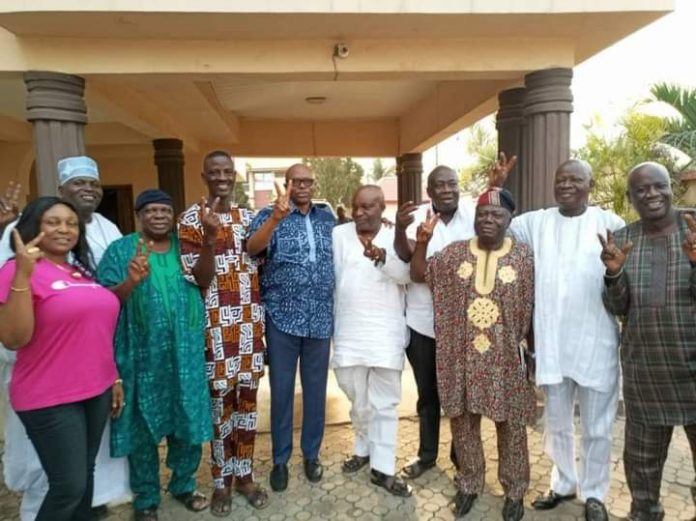 The immediate past governor of Ondo state, Dr Olusegun Mimiko on Sunday enjoined members and leaders of the PDP in Akure North and South Federal Constituency to jettison division and disagreements and work for the victory of the party in the by-election scheduled for Saturday 26th of February, 2022.

Mimiko, while speaking in one of series of meetings towards the polls, said “the meeting of the leaders became necessary to review strategies, reconcile aggrieved faithfuls and forge a collaborative effort to ensure a resounding victory for the PDP and its candidate, Olumuyiwa Adu, in the by-election”.

The meeting which was held at the Akure residence of Chief Omolade Oluwateru, a former deputy governor of Ondo state, had PDP bigwigs and members from the two Local Government Areas that make up the Federal Constituency in attendance.

Reacting to several suggestions and comments, Adu said he has come to genuinely serve the masses and asked the party members, leaders and his co-aspirants to support him to actualize his pro-masses agenda.

Babatunde Faro and Kemisola Adesanya who spoke on behalf of other aspirants in the PDP primary, said they are ready to work tirelessly for the victory of the party in next Saturday’s election.

Other meetings, consultations, house to house campaign and roadshows have been scheduled for the week and will be led by PDP leaders in the state.