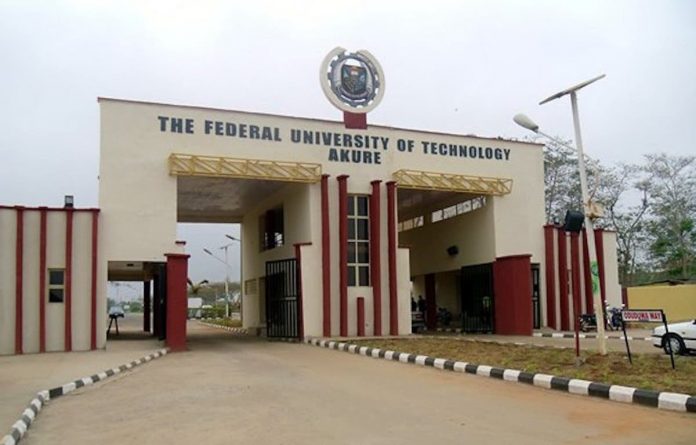 The Deji and Paramount Ruler of Akure Kingdom, Oba (Dr.) Aladetoyinbo Ogunlade Aladelusi, has described the establishment of the Federal University of Technology Akure(FUTA) Teaching Hospital as being long overdue.

Oba Aladetoyinbo who led a delegation to the public hearing of the Senate Committee on Health at the National Assembly, canvassed for a favorable consideration and timely passage of the bill for the establishment of the Teaching Hospital.

The Monarch who was in company of the former Secretary to the Government of the Federation, Chief Olu Falae, Pro Chancellor of FUTA, Ambassador Godknows Igali amongst others made the appearance at the Senate to express their support for the Akure Teaching Hospital Bill 2021 (SB638) sponsored by Senator Ayo Akinyelure.

Oba Aladetoyinbo who appreciated the Senators for feeling the pulse of the Akure people and their earnest desire for a Teaching Hospital for FUTA, noted that Akure as at today, is one of the fastest growing State Capital in the country.

According to his Chief Press Secretary, Mr. Adeyeye Michael, Oba Aladetoyinbo expressed optimism that the Senate will pass the bill when it finally returns to the whole House.

He expressed confident that the senators will surely fast-track the passage of this bill when it finally returns to the hallowed chamber.

In his own submission, Chief Olu Falae informed the Senate Committee that the Akure community is fully prepared to give maximum support for the immediate take-off of the Teaching Hospital.

Falae opined that Akure is ready to serve as a role model to other communities on how to be a good and responsive host.

He said, “You can see that the site of the Hospital is strategic and it is just a few minutes’ drive from the Akure Airport, it is therefore going to serve the people of the country and not just Ondo State alone.”

The Pro Chancellor of FUTA, Ambassador Godknows Igali and the Vice Chancellor, Professor Adeola Fuwape in their separate submission thanked the Deji and good people of Akure Kingdom for procuring the certificate of occupancy for the project.

They informed the committee that they were fully prepared for the timely take-off of the Hospital.

They Vice Chancellor said that the first set of the Medical School had already been admitted and that they will be ready for clinical in about two years. He therefore appealed to the Senate to expedite action on the bill considering its relevance and importance.

Others who contributed in support of the bill is the Chairman of the Akure – FUTATH Committee, Dr. Olufemi Oyinsan and the Dean of the school of Medicine, Professor Segun Ojo.

In his reaction, the Chairman of the Committee, Senator Ibrahim Oloriegbe thanked Oba Aladetoyinbo and the elder statesman, Chief Olu Falae for leading a formidable delegation to the hearing.

Oloriegbe expressed satisfaction with the presentation of all stakeholders including that of the sponsor of the bill, Senator Ayo Akinyelure.

He said, “With all we have heard and seen before and during this hearing, the committee is more than convinced that Akure is long overdue for a Teaching Hospital and that the committee will support it to become a reality.”

The National Universities Commission had last year given nod to FUTA to commence admission into full time mode of the Medicine and surgery, MBBS programme with effect from 2020/2021 academic session.