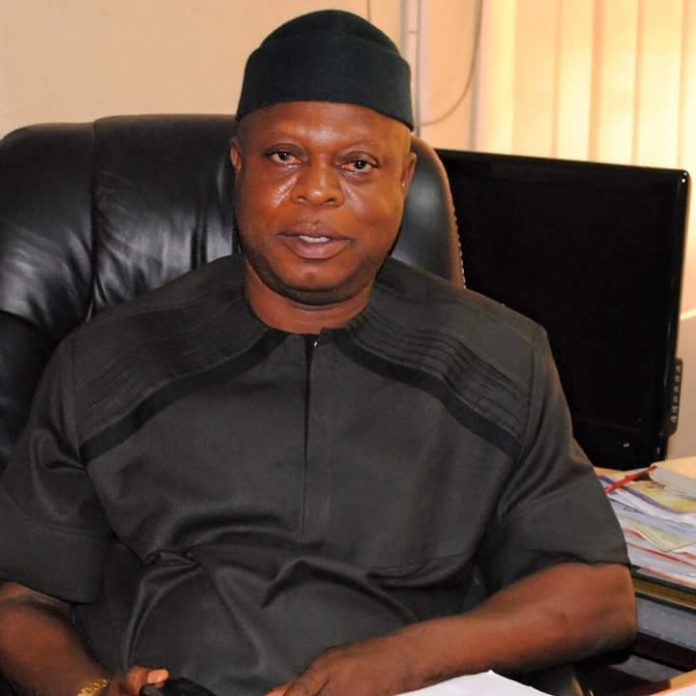 The ball has been set rolling for the Campaign Organization of the All Progressive Congress flag bearer, Mr Biodun Abayomi Oyebanji (BAO) in the forthcoming Ekiti governorship election as Hon Dele Olatuyi inaugurated the Local Government Election Campaign Committee/ sub-committees on Tuesday at the Party’s Secretariat, Ikole Ekiti.

Making up the Central committee are Hon Dele Olatuyi (Fodio) as the Chairman, Hon. Muyiwa Olukosi as Secretary, also been Inaugurated are the various sub-committee members (Contact and Mobilization, Security, Women, Youths & Students, Financel, Media and publicity e.t.c). The Central committee which were earlier set up by the state working Committee of the party is thereby saddled with the Sole responsibility of ensuring landslide victory comes June 18 gubernatorial election at the LG.

While addressing the newly Inaugurated committee and Sub-committee members, Chief Dele Olatuyi charged all the members to go out across the shores of the LG and canvass for the party’s victory in the forthcoming election saying, “it is apparent for APC to win the gubernatorial election in Ekiti State for the sake of Continuity and further developmental projects of the APC government.

“He laid emphasis on the various giant developmental interventions of the outgoing Government at the LG which he believed will be of added advantage to the canvassing votes and supports by the various Committee members when relating with the electorates. As he said, “We can’t continue to win with just 500 votes in the LG. We are progressives and we must make further progress in the local government; as such, town to town, street to street, Farmsteads to farmsteads, door to door and one on one campaign must start with immediate effect”

Likewise, some thousands of BAO posters which were donated by the commissioner for Finance (Hon Akin Oyebode) were distributed across the 12 Wards for immediate distribution and pasting.

Reacting, the LG Party Chairman admonished all the committee members to be united, committed, sincere and focus on the task ahead.