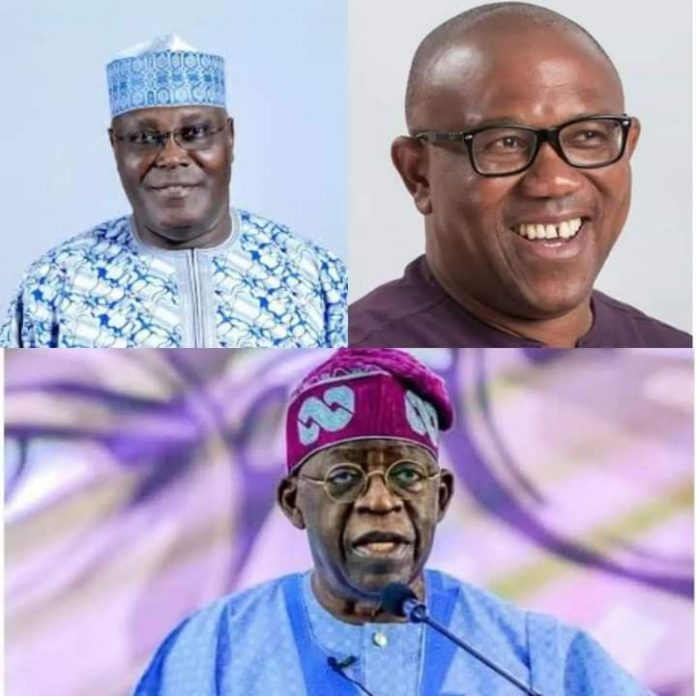 Diamond Group Nigeria has congratulated the Presidential Candidate of All Progressives Congress ( APC), Asiwaju Bola Ahmed Tinubu, and the candidate for People’s Democratic Party (PDP), Alhaji Atiku Abubakar, and all the presidential candidates of the other political parties that will vie for the top job in 2023.

“Without doubt, the victory for the respective candidates had been hard-won and well- deserved.”

The group commended the gradual return of internal democracy to the political parties as most of the presidential candidates emerged democratically. Even though, the excessive monetisation of the process was worrisome and posed great danger to leadership recruitment process that may be truly revolutionary.

The group suggests the  following as areas requiring urgent attention :

“The group is of the considered opinion that this decade can indeed mark the turning point for Nigeria if well utilised. If China can achieve tenfold increase in Gross Domestic Product (GDP) for three decades, became the largest world exporter, second largest economy in the world, and raised more than 800 million people out of poverty, Nigeria can indeed achieve same.

“China’s unprecedented metamorphosis is possible and even replicable in Nigeria. Let’s put our hands to the  plough.”

In a related development, the Osi Basorun of Ibadan land and one of the six cleared governorship aspirants in Oyo state Prince (DR) Azeez Popoola Adeduntan has congratulated Senator Bola Ahmed Tinubu on his electoral success at the party primaries.

Adeduntan in a statement by his media office and made available to newsmen in Ibadan, the state capital attributed Tinubu success to fly APC Presidential ticket to dedication, commitment and consistency.

He then observed with dismay and disgust why and how the NWC of APC that could conduct free fair and credible primary at the Presidential level allowed fraud and visible irregularities, alterations of delegates list and score allocations in oyo state during its governorship primary election.

He expressed surprise to how the exercise was characterised with impunity for which there are unassailable evidences as a witness of truth and complainant.

“While Adeduntan assures Senator Bola Ahmed Tinubu of his fullest support and that of his supporters, those who reaped the dividends of fraudulent electoral process in Oyo state are going nowhere,as those who sow the wind, shall reap the whirlwind in Oyo state at the general elections.

” While we continue to preserve all our options, I would like to congratulate the 13 APC northern governors led BY Governor Bagudu of Kebbi state and El-Rufai of kaduna state for making sure that APC Zoned the presidency to the south.

By their actions,they have promoted Nigerian unity and made it difficult for agents of disunity to succeed in their secession bids.”

“He also congratulated President BUHARI for ensuring a free, fair and credible primary at the presidential level,
devoid of manipulation and imposition contrary to the wishes of anti democratic forces in the APC.

As for Oyo State there was no primary at any level ,but fraud and sham-Justice shall “reign” and rain heavily during and before the elections since GOD IS GOD OF JUSTICE-as evil (pyrrhic victory) cannot succeed over good in the long run, the statement affirmed.”

Similarly, the Concerned Yoruba Muslim Scholars in Nigeria has congratulated Asiwaju Bola Ahmed Tinubu on his emergence as the flag bearer of the ruling All Progressives Congress APC in the just concluded National convention of the party held at Abuja.

In a  release signed by the President of the Organization, Sheikh AbdurRasheed Mayaleke, Secretary General Prof. Abideen Olaiya and Publicity Secretary Mallam Abdulganiyy Sahid Olaide Ezra and made available to the Press read:

We acknowledge that it is a battle tensely fought and   the victory well deserved, all praise is due to Allah

This is just the beginning but a victory in large scale for will never allow any kind of goodness to go in vain, we therefore urge Asiwaju to remain grateful to Allah Almighty who made the aspiration a successful endeavour and remained magnanimous in victory by extending hands of cooperation to all other aspirants that contested for the coveted position along with him.

It would be recalled that Concerned Yoruba Muslim Scholars issued a world Press Conference last week and also followed it up with meetings with several stakeholders and press release appealing to Ruling party APC to zone Position of the President to Southwest of which the aspirant must be Muslim because no Muslim of Southwest zone has ever attained office of Vice President or President in the history of Nigeria.

The organization urge Asiwaju to remain resolute and be firm in his faith in Allah who enthrone whomsoever He wills to the position of authority. The organization urge Asiwaju to see this victory as Allah’s way of rewarding goodness with goodness and be humble and grateful to Allah Who crowned his efforts in just concluded primary elections with victory despite many challenges.

The Islamic body commend and appreciate the resoluteness of President Muhammadu Buhari, the Progressives among the Northern Governors Forum and the compatriots who stepped down for Asiwaju for standing by the truth, fairness and brotherhood and ensuring that Southwest zone got the ticket despite all the hiccups that trailed the process.

The Concerned Yoruba Muslim Scholars equally salute the unwavering courage and determination of the delegates who remained firm in the heat of the Convention. We hail the members of the National Working Committee for their undaunted spirit that culminated into this all-time victory despite many challenges they encountered .

It is our hope that we shall see a better and working Nigeria that will overcome all challenges facing it presently very soon Bi Izhnillohi Ta Allah.

In a related development, a prominent member of National organizing committee of the just concluded APC Special convention for election of presidential flag bearer Prof Olaiya Abideen has congratulated Asiwaju Bola Ahmed Tinubu on the well deserved victory at the poll, he further prayed for his success at the finals slated for February, 2023.

Prof. Olaiya who stepped down from the race to National secretary of the party at previous convention for election of party leadership urged Asiwaju not to disappoint the electorates and general Nigerian citizens by enthronement of good governance in all ramifications.

This he opined could be achieved by quickly mending fence with all stakeholders irrespective of the past events, solidify his cooperation with the Northern progressive governors and assemble good hand from his ever ready pools of resources to set out an enduring agenda for a greater Nigeria project.