Precision
Home Opinion Opinion: Fula-Slamophobia: A Threat To The Existence Of The Nigerian State 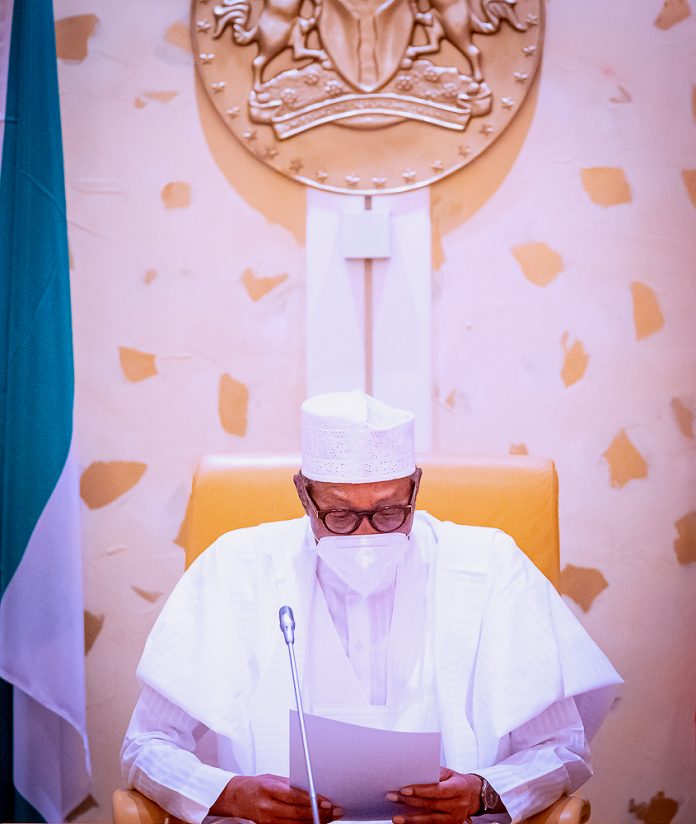 “Alhaji, your people showed the true color of Imale (Islam) in Owo yesterday. The religion of perdition”

The statement quoted above was sent to me on Whatsapp by 70-year-old Mr. Raimi Adeleke who has made tormenting me over religious issues the essence of his last days on earth. He was reacting to the unfortunate attack on a Church by yet-to-be-identified gunmen who shot and gruesomely killed worshippers in a Catholic Church in Owo, Ondo State.

The Fulanization and Islamization propaganda that crept into the Nigerian media space following the ascension of President Muhammadu Buhari to the presidential seat produced a result. We have seen the aftermath of untamed propaganda in the cases of Rwanda (Hutus versus Tutsis), Hitler versus Jews, America vs Libya, America versus Iraq (claims of unfounded weapons of mass destruction)

With little or no investigation, the claim that the attack on St. Francis Catholic Church was carried out by Fulani herdsmen made it to social media. Consequently, hoodlums attacked Northerners in the Ogwatoghose and Ikare areas of Ondo State. At the time of this writing, no evidence links the terror attack to people of Northern extraction.

Recall that in December 2020, PDP Chieftain, Dr. Fatai Aborode was murdered. He was said to have been killed in his farm along Apodun road, Igangan in Ibarapa North Local Government Area of Oyo State. The claim that he was murdered by Fulani herdsmen quickly spread like wildfire. The people of Igangan and some other Yorubas went beserk and called for the extermination and elimination of the Fulani Herdsmen in the area and Yoruba Land by extension.

Self-acclaimed Yoruba Nation activist, Sunday Igboho, sprung into action. He, though an unconstituted authority, gave the Fulani people in Igangan a one-week ultimatum to vacate their settlements. About a month after the murder of Mr. Aborode, in January 2021, Mr. Igboho with his merrie men made good on his threat as he chased out the Fulanis. He confronted and accused the Seriki Fulani, Saliu Kadri, that his subjects were killing Fulani.

In a turn of events, two months after Mr. Igboho and his merrie men carried out extrajudicial activities capitalizing on Mr. Aborode’s murder, an 80-year-old PDP leader, Pa Olawuwo, a Yoruba man, was arrested over the murder of Aborode. The State Governor, Seyi Makinde, claimed that the Father of the deceased told him that his son’s murder had a political tone and had almost nothing to do with Fulani Herdsmen.

At the time of the arrest, the Fulanis in the Ibarapa areas lived in fear after Igboho sacked some from Igangan and the properties of the Seriki Fulani raized by Ibarapa Youths. At the time of this writing, no apology was tendered to the Fulanis. Instead, many still think Aborode was killed by Fulani Herdsmen.

Also, recall the case of Nathaniel Samuel who attempted to bomb a Living Faith Church in Kaduna. The media identified him as Mohammed until there were revelations that he was in fact, Nathaniel Samuel. CAN had said he gave his name as Mohammed. That action was intended to cause a religious crisis. I quote The National Inter-Faith and Religious Organisation for Peace (NIFROP),

“This act is despicable as well as condemnable in the light that had the mission been successful; Nigeria would have been thrown into mourning of phenomenal proportion, and accusing fingers would have been pointed in the wrong direction, which would further heighten religious hostilities in the country. We thank God.

As an organization, we have consistently stated in numerous forums that no religion encourages violence and no religion encourages the taking of lives under whatever guise, and this is one of the victories that God is giving to the Church in the sense that united we can always defeat the forces of darkness that have conspired to destabilise Nigeria.

Following the massacre in Owo, the Leader of the Ilana Omo Oodua Worldwide, IOOW, Professor Banji Akintoye, said that the killing was a declaration of war on the Yoruba people. He also urged the State Governor, Akintoye urged Governor Oluwarotimi Akeredolu, to declare an emergency against the activities of Fulani Herdsmen in the state with immediate effect. He said,

“We have stated it very expressly that the Yoruba people need to negotiate their exit from Nigeria as a matter of urgency but our Partisan Political Actors in Yoruba Land never took us serious (sic). We warned them that there’s fire on the mountain but we were mocked because of their personal aggrandizement.”

Examples of other cases;

Mr. Adams Joseph Ashaba, was identified as the Boko Haram suicide bomber, who allegedly masterminded the bombing of the Church of Christ in Nigeria (COCIN) in Jos, the Plateau State capital on February 26, 2012, disclosing that he was actually a member of the church.

On December 28, 2011, Emmanuel King was arrested in an attempt to bomb RCCG in Yenagoa where he camouflaged in Muslim Attire.

8 Christians who attempted to bomb a Church at Miya-Barkatai, in Toro Bauchi State.

A non-Muslim trader was said to have gunned down a dozen of Igbo businessmen of the same non-Islamic faith inside the Christ Apostolic Church in Adamawa on Friday, January 6, 2012.

If these people were not apprehended, they will automatically become Hausa, Fulani, and Muslim. IPOB also released a statement on the Owo massacre, part of it reads;

“We the global movement and family of the Indigenous People of Biafra (IPOB) under the command and leadership of our great leader Mazi Nnamdi Kanu condemn the Fulani terrorist’s attack on Catholic Church in Owo Ogun state today been Sunday 5th of June 2022.”

At the time of this writing, no evidence linked Fulanis to the attack. Just this morning, the Lagos State Police Command in a tweet wrote;

The attention of the Lagos State Police Command has been drawn to a viral voice-note claiming that Fulanis have camped in Muhammadu Buhari Estate, Agemowo, Badagary in readiness for a massive attack on Badagary.

The Command wishes to state in unequivocal terms that the content of the voice-note is entirely false and mischievously designed to cause unnecessary panic within Lagos State.

If care is not taken and we do not nip propaganda, and Fula-slamophobia in the bud, Nigeria may become a case study of a country’s tragic journey into a monster’s abyss.

Bashir Lucas Samson Lukman sends this in from The United Arab Emirates.