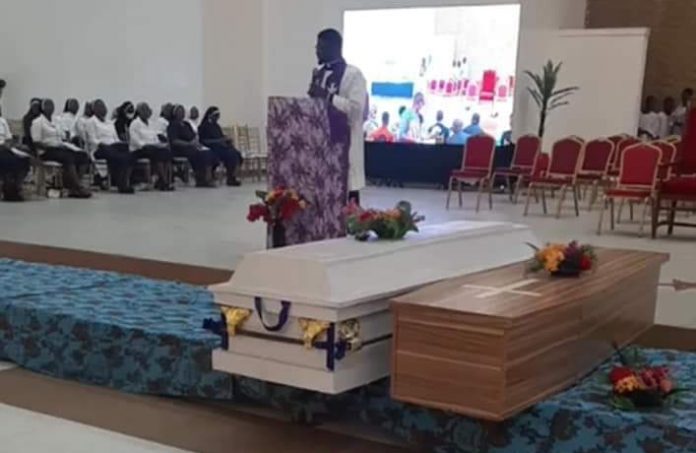 The funeral service for victims of the June 5 deadly attack by suspected terrorists at St Francis Catholic Church, Owo is currently ongoing.

The event is being held at the Conference Hall of Mydas Hotel, along Owo-Ikare expressway.

40 worshippers were confirmed killed during the attack, while survivors are receiving treatment at the Federal Medical Centre, Owo and few health facilities in the town.

The mass burial will follow immediately after the service of songs.

Meanwhile, the Olowo of Owo led Ogun worshippers on Thursday afternoon to lay curses on the perpetrators of the killings.