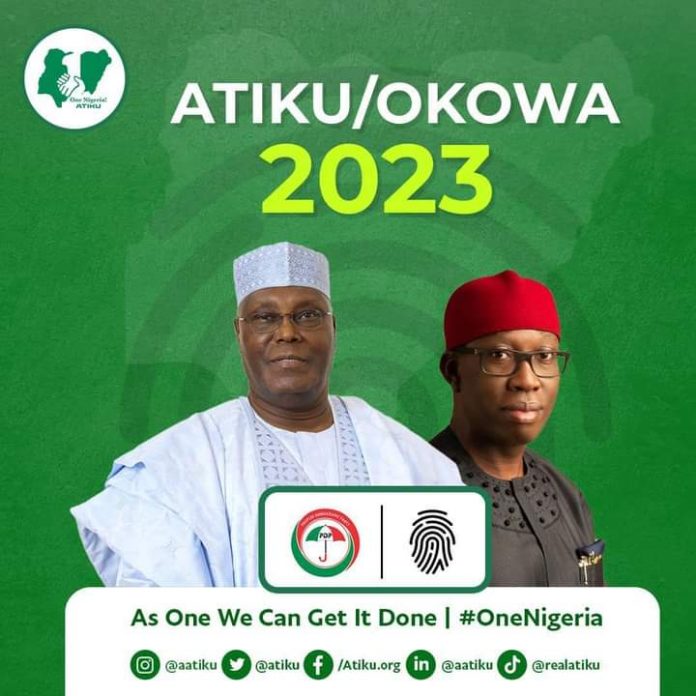 Atiku made tho known via his Facebook profile on Thursday afternoon.

“I am delighted to announce Governor Ifeanyi A. Okowa as my Vice Presidential candidate. I look forward to travelling our great country together, engaging with all Nigerians and building a shared future of peace, unity, and prosperity for all. As One We Can Get It Done. #OneNigeria,” Atiku said.

According to INEC’s directive, political parties are expected to submit details of their candidates, as well as their running mates, before Friday, June 17.